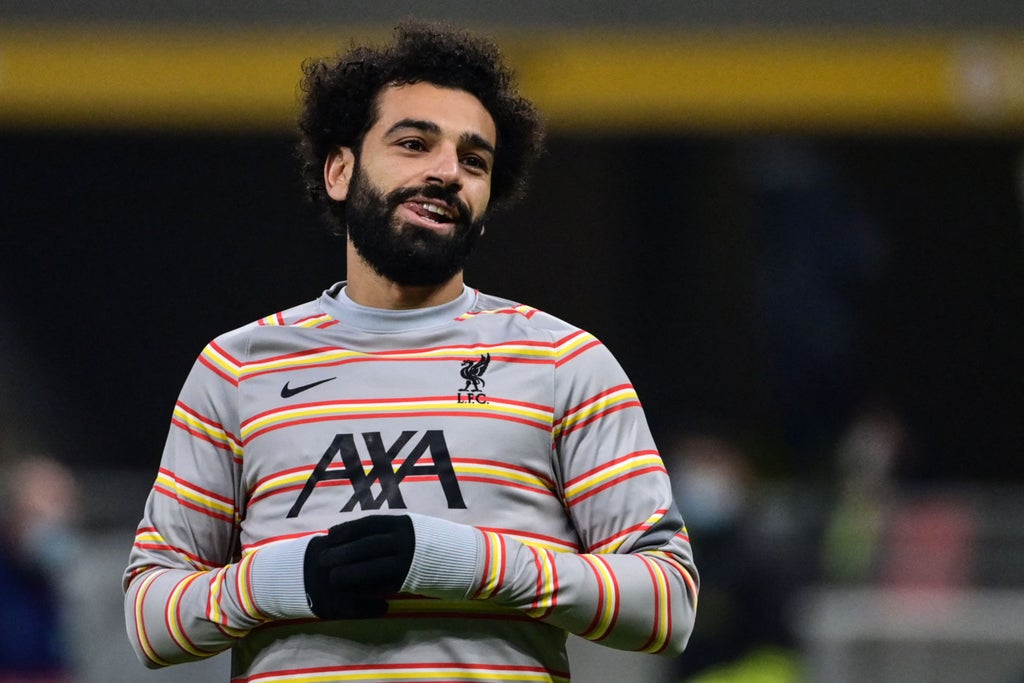 Klopp on Salah’s contract: ‘I think what we all want is clear.’

Follow live as Liverpool head to AC Milan in the Champions League with their hosts hoping for a memorable night in their famous stadium tonight. The Rossoneri have work to do – and need a result to go their way in Portugal too – if they want to make the last-16, currently sat bottom of Group B. It’s a three-way fight for the second place to reach the knock-outs, but Milan’s opponents on the night are runaway leaders.

Jurgen Klopp’s side have won five from five to comfortably claim top spot regardless of this final result, but they could make history as the first Premier League side to win all six group stage games if they triumph at the San Siro.

The hosts’ task is likely to be made more difficult by a spate of attacking absences, but the Reds will rotate with a heavy fixture list to come, says the manager. “We have to rotate, we will rotate. We have to rotate, that is the headline,” Klopp told media on Monday. “We’ve had five games in the last 14 or 15 days and and after the Milan game, it’s pretty much the same number of games in the same number of days so we have to make the right decisions and we will.” Follow all the updates:

The legend of Barcelona, Tottenham, Everton, Everton and Everton may also be the legend of Wolves now. Saturday’s winner at Molineux may have transported Liverpool back to 2019, to the time when Origi felt deadly in short bursts and likely to provide late drama.

But part of the curiosity of Origi, the Champions League final scorer that season who has rarely been a regular for Liverpool, is that he was the unwanted legend.

Liverpool have not lost in the Champions League this season and hav already secured assured top spot in the group but all three of the other teams in Group B are in the running to claim the runners-up spot.

Porto currently occupy the position on five points, one more than both Milan and Atletico Madrid. A win for the Portuguese side at home to Atletico will seal it.

However, should both Atletico and Milan win it will come down to goal difference as they are tied on their head-to-head record. The Italian side are currently one goal better off than Diego Simeone’s team so they’ll be throwing everything at Liverpool tonight to earn a win.

Reaction to come from Manchester City’s loss to RB Leipzig but the focus moves to Italy where Liverpool take on AC Milan at the San Siro.

Here’s a look at the line-ups:

The home side hold on to earn a victory and a place in the Europa League. Manchester City’s Champions League group stages end in defeat but they’re still the winners of Group A and progress to the knockout stages.

90 mins: Three minutes of added time to play. Leipzig have just decided to repeatedly foul Grealish on the left wing. A free kick from Zinchenko is whipped into the box but comes safely into the hands of Gulacsi.

88 mins: Ruben Dias and Cole Palmer are on for Man City with Kevin De Bruyne and Nathan Ake the players replaced. City are down to 10 men but they’re still holding their own when in possession.

Fernandinho is caught in the middle of the pitch and the free kick comes out to Grealish. He flicks a ball up to Sterling who is closed down and forced to run wide.

85 mins: Kyle Walker’s going to miss the next round for Manchester City now. A complete error in judgement, born out of frustration, is going to cuase his team a few problems down the line.

De Bruyne takes a shot from outside the box and almost curls one into the far bottom corner. Gulacsi dives across to cover the effort but ends up watching the ball go wide.

Red card! Kyle Walker is off!

82 mins: Stones has been booked for arguing with the referee as City appeal for another penalty for a shove on Mahrez but he was offside.

Oh my! Things have started to get heated out there and Kyle Walker seems to have lost his head. Andre Silva brings the ball down the left wing as Walker tracks back. The City right-back kicks out from behind and takes Silva’s legs out from under him.

Chaos erupts as players square up to each other and the referee pulls out a red card sending Walker to the stands!

79 mins: Now that City have scored can they get another one?

Almost! A diagonal ball comes out ot Grealish on the left side. He carries the ball into the box, shimmies inside twice then boots a low shot at goal only for the effort to get deflected wide of the back post.

76 mins: City get one back! A simple move sees the ball passed across the defence and up to Zinchenko on the left wing. He swings a cross towards the six-yard box and the ball bounces over to the back post. Mahrez arrives before anyone else, meets the ball on it’s upwards trajectory and firmly heads it into the back of the net. 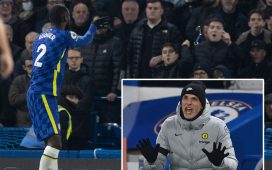 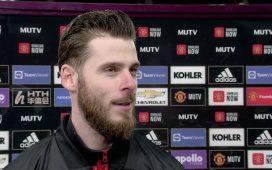