Texas could become the first state in decades to ban most abortions, if a federal court allows a law called SB8 to take effect on 1 September.

SB8 effectively puts a $10,000 “bounty” on the head of abortion providers and anyone else who helps a woman obtain an abortion past roughly six weeks’ gestation, by allowing private citizens to sue those who “aid and abet” women in exercising this constitutional right.

Opponents have warned the law could also provide a backdoor to attack other controversial civil rights, such as gun rights or free speech.

“The law is really unprecedented in the sense that it bans abortion, but then has no government criminal penalties to enforce the law,” said Brigitte Amiri, deputy director of the American Civil Liberties Union’s Reproductive Freedom Project, and an attorney representing a group of plaintiffs who have sued to stop the law from going into effect.

“It authorizes anyone in the country to file a lawsuit against any abortion provider, or anyone who helps someone get an abortion, and seek a penalty of that person of at least $10,000 per abortion,” said Amiri.

Abortion became legal across the United States following the 1973 supreme court decision Roe v Wade. The decision provided women a constitutional right to abortion up to the point a fetus can survive outside the womb, generally around 24 weeks. A full-term pregnancy is 39 weeks.

However, that right has been under assault by state legislators for decades, and incursions on abortion rights became particularly aggressive after Tea Party Republicans helped win control of state legislatures in 2011.

In addition to a $10,000 penalty, SB8 would saddle violators of the law with their opponents’ attorneys fees. It provides no such relief for defendants, even if they win. The result would be crushing legal expenses and duplicative lawsuits that would in effect end abortion access in Texas.

Proponents of the law – including a self-described virgin and traveling preacher, and a well-heeled former Texas solicitor general – have already found success in the strategy. In Lubbock, Texas, a similar law was passed via referendum and has forced a Planned Parenthood in the city of 253,000 to stop providing abortions while it fights the case in federal court.

The new law, called “heinous” and the “sue thy neighbor” law by opponents, is part of a three-prong strategy to end abortion in Texas, including a separate ban on the most common surgical abortion procedure after 15 weeks’ gestation, and a third campaign to outlaw medication abortion after seven weeks’ gestation.

“Our creator endowed us with the right to life and yet millions of children lose their right to life every year because of abortion,” Greg Abbott, Texas’s Republican governor, said at a signing ceremony, the Texas Tribune reported in May. Abbott had in effect banned abortion for one month in April 2020 by arguing it was not “immediately medically necessary” because of the Covid-19 pandemic.

Lawyers representing 20 abortion providers are hopeful they will prevail. However, a reprieve in the form of an injunction could come just hours before the law goes into effect, and any delay holds the potential to throw abortion access in Texas into chaos.

“It’s astounding, because what it is doing is deputizing private citizens to become prosecutors in a way,” said Nina Ginsberg, a criminal defense attorney who recently examined how states have built a criminal framework to prosecute abortion should Roe v Wade be overturned, in a report for the National Association of Criminal Defense Lawyers.

Should SB8 succeed, it would ban about 85% of abortions, since most women do not know they are pregnant at six weeks. Although proponents describe SB8 as a “fetal heartbeat” bill, the term can be misleading because, though embryos have cardiac activity at this stage, they do not have functioning hearts.

SB8’s provisions, which allow anyone, anywhere, unconnected to an event to sue, make it highly unusual both as an abortion law and in terms of civil litigation broadly. It would essentially upend the way civil courts consider “standing”, the concept that people must be sued where they live or work and by plaintiffs who have been harmed in some way.

The law is so broad and unconventional that more than 370 Texas lawyers, former judges, legal professors and local officials signed an open letter opposing it.

The Rev Daniel C Kanter, senior minister at First Unitarian church in Dallas, said he became a plaintiff in the suit against the law because outlawing abortion allows “justice and compassion” to be “overrun by ideological issues” – but also because he could be sued under its provisions, limiting his ability to advise pregnant women on options to terminate a pregnancy.

“This is an incredibly dangerous thing, especially around religious liberty,” said Kanter.

Dozens of tiny towns across Texas and Nebraska have adopted measures similar to Texas’s SB8, calling themselves “sanctuary cities for the unborn”. However, those ordinances have had little more than a chilling effect on women, since abortion providers rarely operate in such rural locations. 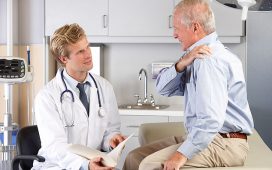 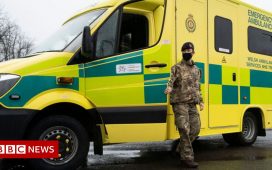 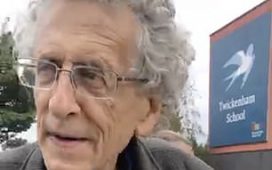 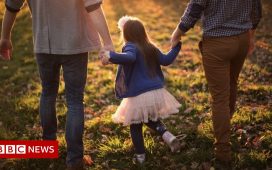 Surrogacy on the rise in England and Wales 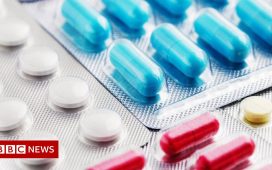