Abbey Clancy and her husband Peter Crouch put on a very loved-up display after revealing their 10-year marriage was in trouble.

The supermodel, 35, recently admitted she and the former footballer went through a rough patch and “hated” each other before welcoming their fourth child.

On Sunday, Abbey and Peter enjoyed a family day out with their children – Jack, Sophia Ruby, Liberty Rose and Johnny.

The couple appeared in good spirits after the doting mum revealed their youngest son brought the family together again.

Abbey shared several snaps on her Instagram, including a couple of herself looking as glamorous as ever.

Another photo saw Peter and Abbey relaxing together on the grass, with the blonde beauty resting her hand on his knee.

They looked incredibly happy together in the images, with many fans gushing over the snaps.

Other images showed doting dad Peter messing around with the kids as he went on the slide with them.

It comes after Abbey candidly revealed that their marriage appeared to be in trouble before they learned they were going to become parents for the fourth time.

She had called her husband with the news and it had taken Peter several hours to think about the situation before coming home and reassuring Abbey that ‘it’s ok’.

Abbey said: “We hated each other at that point as well so I don’t even know how I got pregnant to be quite honest.

“The pregnancy with our three-year-old Johnny was hell, I hated him and he hated me. So I don’t know how it happened.”

She added: “That’s why we call him the gift from God. He is just wonderful and he’s fabulous and he’s fitted in so well.”

Thankfully, the proud parents looked stronger than ever as they enjoyed some family time together. 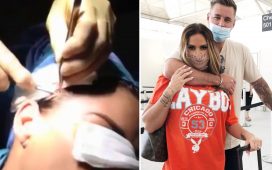 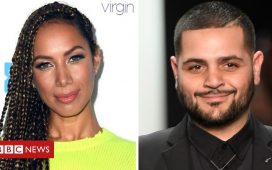 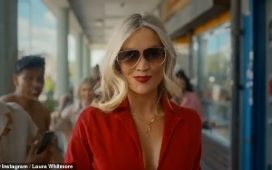 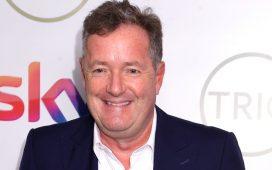 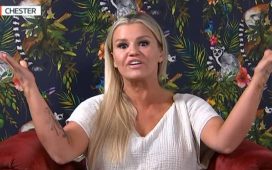 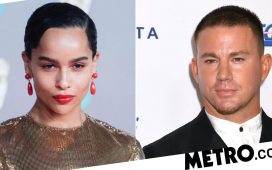 Zoe Kravitz to make directorial debut on Pussy Island starring Channing Tatum: ‘The title was a joke at first’