On 17 September 1954 the Rum Jungle uranium mine, then the largest in Australia, was officially opened.

The mine, just over ​100km south of Darwin ​ along the eastern branch of the Finniss River,​ would operate for ​17 years until it was deemed to be no longer economically viable​ and closed down, leaving a toxic environmental legacy that is still to be resolved.

The origins of the unusual name ​come from ​stories ​ of a convoy carrying a cargo of rum that went missing in the area and never made its destination. The area originally gained the interest of Europeans in the 1870s after the discovery of gold, ​and it was later mined for small amounts of copper and other minerals.

​After the second world war, Britain and the United States saw Australia as a potentially rich source of nuclear material for their atomic weapons programs, and in 1948 the Australian government advertised a £25,000 reward for finding uranium ore. The man who would receive that reward was Jack White, a prospector who farmed a plot of land along the Finniss River with his Aboriginal partner, who may have played a role in the discovery.

​The mine was opened by the prime minister, Robert Menzies, and jointly funded by the British and US government.

Over the course of Rum Jungle’s life, 3,530 tonnes of uranium ore was mined​ and about 640,000 tonnes of tailings ​discharged.​

Rehabilitation efforts were undertaken to the tune of $18.6m from 1983 to 1986,​ but the tailings and other waste materials have continued to ​ pollute the Finniss River and damage 100 sq km of floodplains around Rum Jungle with acidic mine drainage in the 50 years since.

See also  The 20 photographs of the week

The Northern Territory government is now working with the Indigenous owners on a new rehabilitation project funded by the federal government, which is expected to cost at least $300m.

Rocky mountain high: 10 years in the Town of C – in pictures 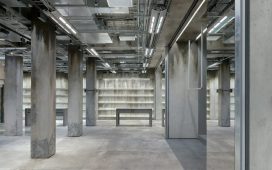