NEWSCABAL
Home » A new politics? That lies with the people, not the Independent Group | Neal Lawson
politics

A new politics? That lies with the people, not the Independent Group | Neal Lawson


The launch of the new Independent Group was a golden opportunity to do politics differently. The most high-profile of its eight former Labour MPs, Chuka Umunna, even described it as the beginning of a “new politics”. Really? It all felt frustratingly, dispiritingly same old, same old. Politicians behind podiums, at a press conference a stone’s throw from parliament, telling us it’s about them, what they know, what they will do and why they should be in charge. This, categorically, is not a new politics – because that wouldn’t be about them, it would be about us.

This is what those MPs should have done to demonstrate a new politics. They would have gone anywhere but Westminster – to a vibrant community hub, for example. They would have brought together lots of different people, from varied backgrounds, especially the young. They would have sat with them, not in front of them. The people would have talked first and the politicians would have responded. It would have been live streamed with people asking questions and making points from wherever they were. Climate change would have been a key issue.

Once the lights went off, the politicians would have stayed a long time to hear the stories, the hopes and the ambitions of the people in the room. They would then have dispersed to different towns and places to listen and learn more about what’s happening to our nation, what’s going wrong and what amazing things are already happening to put things right. And they would have pledged to keep on doing that.

Crucially, all of this would not have been a preamble to going back to parliament to plot and plan. In this parallel world, the ex-Labour MPs would have recognised that amid all the wicked and wonderful complexity of the 21st century and the challenges we face, from loneliness to Brexit, the solutions aren’t going to be imposed on us, but created by us. This isn’t a prediction, it’s an observation.

In communities across the country, people aren’t waiting for politicians to pronounce: they know politics is broken. So they are getting on and doing things for themselves – mostly together and often boosted by the incredible power of social media. Caring, sharing, building, making and organising are happening at unprecedented rates because the demand is there and it is now easier than ever to do. A simple hashtag puts you in touch with everyone, locally, nationally and globally, who wants to decide things and do things like you, and with you.

All this is far from the gaze of Westminster. It’s local and specific. It’s in the yawning chasms where human needs aren’t being met by either the austerity-driven state or the free market. But while all this activity is vibrant, creative and energetic, it’s also fragile. It’s happening despite the political system, not because of it. It is under-resourced and often reliant on the furious activity of one or just a few people. It needs the state to help resource it and legitimise it, to join it up, scale it up and accelerate it so that this collaborative action becomes the new way society decides things and does things in the 21st century. So that instead of being cogs in bureaucratic machines, or mere consumers of what is put before us, we become active citizens.

A new report from the thinktank that I chair, Compass, calls this potential meeting point of bottom-up emerging activity and top-down state support 45° Change – the diagonal faultline through which a new society can and must emerge. This line is the place for a truly new politics. This is the gap in the market and the Independent Group missed it. Sadly, they even got their name wrong: this is not the age of independence, it’s the age of interdependence.

Just what is at stake is illustrated by an even bigger story from last week than the Independent Group launch, the announcement of the closure of the Swindon Honda plant. A proud town is now in despair, but there wasn’t a thing the council, the area’s MPs or the government could do. This is why people know politics is broken: power has been separated from political control. Honda can just up sticks and go.

But what if power could be redistributed so that it was politically effective locally, nationally and globally? In Germany, global firms are legally and financially more anchored to the place that hosts them. National governments can have much more effective industrial policies and globally, however difficult, we simply have to find ways to democratically direct international capital. The new politics has to be about the redistribution of power to where it’s most needed. And as well as transforming representative democracy, not least through proportional voting, we need to deepen democratic participation. The desire for this is evident in the surge of interest in ideas such as citizens’ assemblies.

In Swindon, a new politics would help convene and crowdsource ideas about carbon-neutral industries that could utilise the incredible talent in the town and crowdfund the investment to bring it to life. Swindon has been here before when the rail industry shut up shop. The town can and must be renewed again, backed by the state, but using the techniques and assets of the 21st century.

We have reasons for hope. As Henry Timms and Jeremy Heimans argue in their book, New Power, people today have “an inalienable right to participation”. The driving forces of the 21st-century networked society are centripetal, not centrifugal; they inexorably draw energy away from the centre. The Westminster model can’t function in a world of networks and rapid climate change because it was made for a world long gone. Brexit will inevitably, and rightly, dominate the headlines in the next few days and weeks. But this seismic shock to our body politic is merely a symptom of the democratic decay that needs to be addressed whether or not we leave the EU. We need a politics that’s genuinely and transformatively new. But it won’t be found behind podiums for elites in Westminster. It will be built on platforms for everyone. 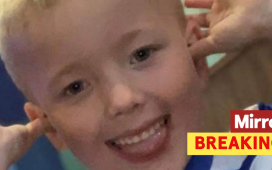 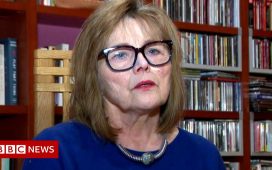 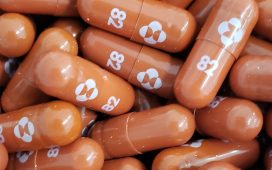