These were the nights we longed for during football’s behind-closed-doors season: a storied rivalry playing out before a passionate crowd in one of Europe’s most evocative arenas. And these were the moments we didn’t miss: a refereeing controversy to overshadow it all.

Although Sunday’s game between Inter and Juventus was far from a classic, it did feel like a true Derby d’Italia at last. The stands were not full at San Siro – Italy’s Technical and Scientific Committee on the Coronavirus has recommended for now that stadiums operate at no more than 75% of capacity – and there was no pre-game choreography on the Curva, but 56,532 fans were enough to create a fierce atmosphere.

For the first time since Inter lifted the Scudetto in the spring – indeed, the first time since 2010 – Inter’s supporters had a chance to lord it over their rivals from Turin. When Juventus’s players emerged for a pre-game stroll, they were serenaded with reminders of where the title now resides.

Both teams had some catching up to do already in this season’s title race. Inter were third but eight points behind neighbours Milan, who beat Bologna on Saturday, as well as Napoli, who drew with Roma on Sunday afternoon. Juventus, despite shaking off their poor start with a run of six consecutive wins across all competitions, were another three further behind.

Even so, Massimiliano Allegri had insisted that this fixture would not be decisive, stressing that “you don’t win or lose a league for one match”. That mindset was reflected in his team selection. By leaving out both Federico Chiesa and Paulo Dybala, and including Federico Bernardeschi on the left wing, he made clear that he was prioritising shape and tactical discipline over invention and technical ability.

That impression was reinforced when Bernardeschi had to leave the game with a shoulder injury after 18 minutes. Inter had taken the lead while he was being assessed, Edin Dzeko hooking home the rebound after Hakan Calahanoglu’s shot came back off the post. Allegri kept his two best forwards with him on the bench and sent Rodrigo Bentancur on instead.

Inter had been a little fortunate on the goal – Calhanoglu’s shot was heading off target before taking a deflection off Manuel Locatelli – yet the lead was well deserved. They had shown greater ambition throughout the first half, and Nicolò Barella was dominating the middle of the park. For Dzeko, this was a seventh goal in nine league games. Not since Ronaldo arrived in 1997 has any Inter player ever made such an explosive start.

The Nerazzurri retreated into more defensive positions in the second half, yet still appeared to be in control. Juventus had scarcely created a chance of note before they were awarded an 89th-minute penalty for a foul by Denzel Dumfries on Alex Sandro. It was a clumsy challenge, the Inter player wafting a leg up late after the ball had been prodded beyond him into the box. He caught the bottom of his opponent’s boot, yet the referee Maurizio Mariani, with a clear view of the challenge, gestured to indicate that there was no foul.

A minute or so later, however, Mariani was invited by the VAR booth to take a second look. Now he could see that contact had taken place right above the line that marks out the edge of the penalty area. Swiftly, he pointed to the spot.

Outrage took hold of San Siro. Simone Inzaghi was shown a red card after hurling a bib on to the pitch. Dybala, on as a substitute for Juventus, sent Samir Handanovic the wrong way with his penalty. The game finished 1-1.

For Inter fans, it was the same old story: Juventus bailed out by officials who are seen to be always on their side. The Bianconeri had won the previous meeting, in May, with an 86th-minute penalty that Juan Cuadrado earned by kicking Ivan Perisic in the shin. But the bitterness goes back much further, taking in decades of scandal from Calciopoli through to an unpunished body-check by Mark Iuliano on Ronaldo in 1998.

Removed from that narrative, Sunday’s penalty award might not have seemed so scandalous. On the replay, it did appear that Dumfries had committed a foul – even if the contact looked light. Yet it was reasonable to ask whether VAR ought to intervene in such circumstances. Did this meet the “clear and obvious” threshold? Mariani had seen the incident in real-time and called it the other way.

Contrasts were drawn with Napoli’s game against Roma. Where was the VAR review after Matías Viña caught the heel of André-Frank Zambo Anguissa inside the box? Counter-arguments were put forward by others who recalled Napoli getting a penalty in January’s Supercoppa against Juventus after a pitchside review of Weston McKennie’s accidental kick on to Dries Mertens’s heel.

Inzaghi had cooled off enough to speak calmly at full-time, saying his own red card was deserved and that his bib-throwing gesture was “not beautiful”. Yet he stressed again how Mariani had been “right there, 2m away, and he said to play on”.

Might he quietly have lamented his own choice to introduce Dumfries as a replacement for Perisic minutes before? The Dutchman, whose form has wobbled after a bright start, never settled. Perisic was playing excellently and had overcome a thigh complaint from the first half but had just picked up a yellow card.

His substitution disrupted Inter’s shape, with Dumfries going to right wing-back and Matteo Darmian swapping to the left. Allegri had already raised the pressure by sending on Dybala and Chiesa 10 minutes before. La Gazzetta dello Sport’s Fabiana della Valle reflected with delicious poetic licence: “Juventus without Dybala are like carbonara with cream, or using pancetta instead of guanciale. It can still be good, but it won’t have the same taste.”

Still, it was hard to disagree with Inzaghi’s assertion that the penalty was “the only way we could concede”. Depending on your perspective, Inter had either thrown away two points or had them stolen. For everyone, the delight of a Derby d’Italia played out to a proper audience had been doused with an immediate reminder of how these games often end. 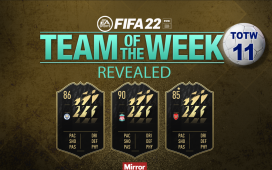 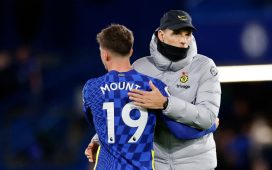 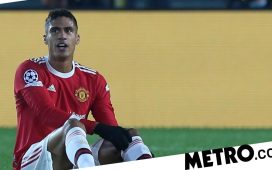 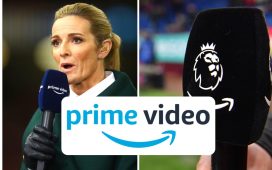 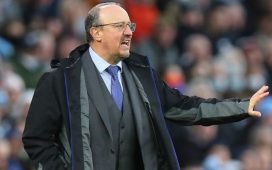