Gabriel Magalhaes says he’s relishing the challenge of testing himself against world’s best in the Premier League this season and has picked out Virgil van Dijk and Sergio Aguero as two players he’s really enjoyed facing at the start of his Arsenal career.

Mikel Arteta identified Gabriel as his top defensive target at the start of the summer and the 22-year-old completed a £27million switch from Lille last month to become Arsenal’s first signing of the transfer window.

Arteta threw Gabriel straight in at the deep end for Arsenal’s opening match of the campaign away to Fulham and the Brazilian had a dream debut, heading come the visitors’ second goal in a comfortable 3-0 win at Craven Cottage.

Stiffer tests followed but Gabriel again stepped up and was named the club’s Player of the Month for September.

‘A defender that I admire a lot and that I was able to play against was Van Dijk.

‘Also playing against Manchester City, we lost the game, but I was able to learn.

‘When you play against big teams, you learn, you try to reap the rewards of what happens on the pitch.’

He added: ‘I was able to play against a player known worldwide as Aguero, who many defenders want to play against, to see what the style of play is like.

‘There are also other players that I intend to play against and also together.’

Gabriel named Paris Saint-Germain superstar Kylian Mbappe as the toughest forward he’s had to face so far in his career.

‘Mbappe was difficult,’ he continued.

‘He was very fast, but there are others I’ve played against who are also great players.’

Gabriel was an unused substitute on Thursday evening as the Gunners beat Dundalk to ensure their 100 per cent record in the Europa League remained intact this term.

The young centre-half will be hoping for a place in Arteta’s starting XI this weekend when the north London club take on an in-form Manchester United at Old Trafford. 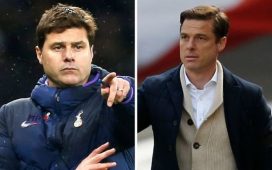 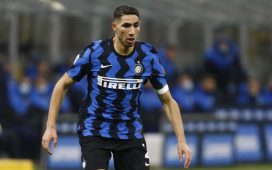 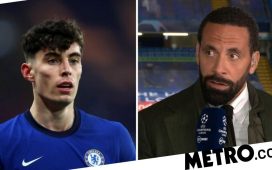 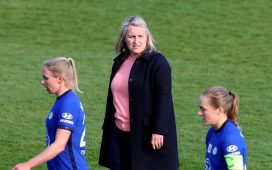