A Crawling Economy in Need of Stimulus 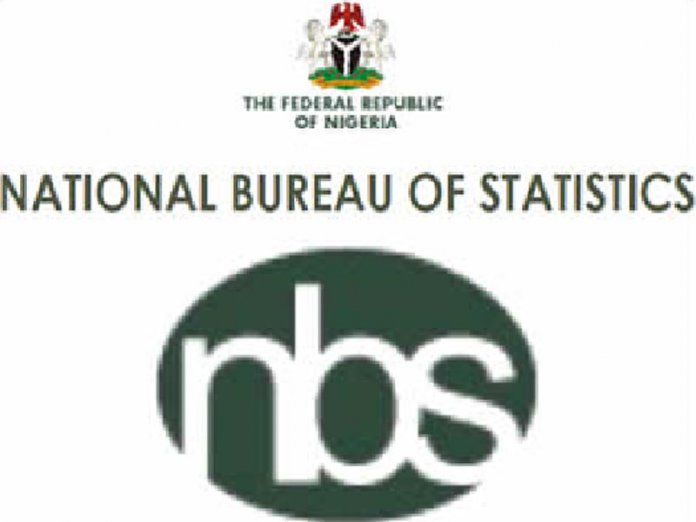 According to the report, Nigeria recorded a Gross Domestic Product (GDP) growth rate of 0.51 per cent (year-on-year) in the first quarter of 2021, (Q1 2021) compared with the 0.11 per cent recorded in the fourth quarter (Q4) 2020, according to figures the National Bureau of Statistics (NBS) released yesterday.

The report further stated that, quarter-on-quarter, real GDP grew at -13.93 per cent in Q1 compared to Q4, reflecting a generally slower pace of economic activities at the start of the year.

In the quarter under review, aggregate GDP stood at N40.01 trillion in nominal terms. The performance was higher when compared to the N35.64 trillion recorded in Q1 2020, indicating a year-on-year nominal growth rate of 12.25 per cent.

Nigeria is facing a sharp economic downturn and severe loss of business confidence. The apprehension over the distasteful economic ailment is not just an echo of a slowdown in GDP growth, but also the poor quality of growth.

Private sector investment, the mainstay of sustainable growth in any economy, is at an all-time low. There has been little to negligible investment in new projects by the private sector. Most manufacturers and businessmen continue to moan about government policies and a business environment that disincentivises investment in the Nigerian economy.

“In order to go into any form of production in Nigeria, you have to create a mini-state: your own security, your own water, your own electricity, your own roads,” Dimieari Von Kemedi, a former presidential adviser and agricultural businessman told the U.K based Financial Times last year. “That inevitably pushes up production costs and lowers efficiency.”

A recent report released by the data consulting firm, StatiSense, showed that while the Nigerian economy grew by 192 percent between 1999 and 2020, the largest share of the growth took place under the administration of former President Olusegun Obasanjo, with a cumulative growth of 81.0 percent. Growth in the economy stood at 25.9 percent and 26.4 percent respectively under Presidents Umaru Musa Yar’dua and President Goodluck Jonathan. The growth rate of the Nigerian economy in the six years of the Buhari administration has been a paltry and diminutive 1.4 percent.

The main contributors to economic growth; domestic consumption, oil and gas exports, private investments and government spending have all been hit by the slow down.

The massive yet growing unemployment in the economy that has seen formal redundancy rate rise to 32.5 per cent has depressingly affected the capacity of consumers to boost growth in the economy. This invariably has led to a steep fall in production capacity of manufacturing companies especially those involved in consumer goods. With consumers buying a lot less goods and accessing a lot less services, companies have been forced to shed more jobs; a vicious cycle that does not bode well for the economy in the short to long term.

While the Buhari administration has embarked on a borrowing spree to fund public investments, private investments have remained inexorably depressed. Private investments in Africa’s largest economy have fallen severely since 2015 with investors fleeing the country due to the blatant mismanagement of the economy. According to an International Centre for Investigative Reporting (ICIR) April 27, 2021 analysis, a litany of problems, notably the Central Bank of Nigeria (CBN)’s mismanagement of foreign exchange market, skyrocketing inflation and insecurity have coalesced to make investors uncomfortable with betting their monies on the Nigerian economy.

In addition, insecurity from terrorism to kidnapping has hurt the Nigerian economy, scaring investors away and leading those in the country to consider exiting for neighbouring countries like Ghana.

As noted in the Centre’s report, “Like Shoprite, many companies have exited Nigeria in the last five years. On February 19, 2016, South African retailer Truworths packed out of Nigeria, shutting down two remaining stores in Africa’s biggest market. The clothing retailer cited rising costs as a key reason for exiting the market. Canadian-based technology company Dynamics Intelligence announced plans to exit the country in 2019.

“Twitter recently set up an office in Ghana, ignoring Nigeria, and Amazon is also establishing an office in South Africa -a big blow for Africa’s most populous country. These firms exited Nigeria for various reasons, but investors say mismanagement of the foreign exchange market, poor management of inflation and insecurity are key issues.

Rising inflation is eroding incomes of consumers, raising cost of living and hurting investors’ profitability. Inflation hit 18.17 per cent in April 2021 – highest in four years. The country has failed to enforce monetary and fiscal policies to steer productivity o curb inflation, while the exchange rate policies have skyrocketed an already worse inflation situation. Investors can no longer find certainty in the Nigerian market, according to the LCCI, fuelling unemployment to 33.3 per cent in the fourth quarter of 2020.

Nigeria needs to leapfrog ahead to achieve the employment and productivity growth needed. The economy needs to grow and grow well to meet the job demands of some 200 million Nigerians. It was the Harvard economist, Dani Rodrik, who posited that development was virtually synonymous with producing manufactured goods for export. This forces companies to compete internationally and gradually raise productivity through investment in capital and skills: “Industrialising has been the key escalator that has enabled rapid growth.” Governments contribute by providing the public goods — the education of a literate and numerate workforce, the roads, the power and water supply and the stable business environment required to encourage domestic entrepreneurs and foreign companies to invest.

In order to recover to a high-growth path, Nigeria’s sectoral mix would need to move toward higher-productivity sectors that also have the potential to create more jobs. Statist policies such as creating a state-owned airline detract from driving growth.

While the Buhari administration seems to be head over heels in love with agriculture as the main diversification route, the reality is that data from the past four years has shown that agriculture will not drive the expansive growth needed to drive development.

Manufacturing, a sector that has practically died is the most fundamental route to job creation, growth and development. A focus on the South-east as the base of industrial manufacturing and the deployment of a string of investment friendly policies will likely see the industrial manufacturing sector rising by as much as 300 per cent in the next 10 years, with the sector adding an additional 44 per cent to GDP.

In addition, a focus on both labour-intensive and knowledge-intensive sectors will help to improve economic momentum.

Furthermore, needs to improve the ease and reduce the cost of doing business. Nigerian companies still face obstacles ranging from delayed payments for public procurement to tedious and slow processes for obtaining permits. These and other issues could be resolved if the government adopted global best practices in relevant areas. For example, to simplify and expedite tax payments, a one-stop shop for a range of taxes could be set up. Also, the civil service responsible for implementing government policies need to be reformed to serve as efficient value-adding profit centres rather than an inefficient cost centre that stands as a barrier to effective implementation of government policies.

Very importantly, Nigeria needs to ensure that a higher share of household financial savings flows to productive firms through a deeper capital market, so as to meet the bulk of its investment requirement through domestic sources of capital. The inability of households to save over time has significantly influenced the rate of capital accumulation and economic growth in the country.

What is needed from the government; federal and states is a clear and sharp vision to address key pro-growth priorities. Ultimately, the government needs to work with businesses and business leaders to develop a long-term value creation mindset coupled with a strong performance-oriented culture both to create stakeholder value in the long term. 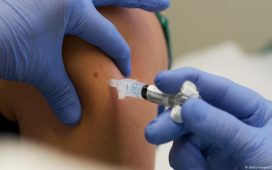 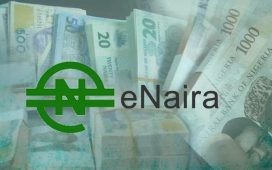 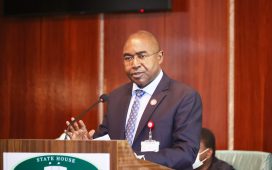