It is one of the most famous constellations in the southern hemisphere’s sky and has acted as a compass for explorers for centuries.

But now the Southern Cross has got another claim to fame.

It turns out the second-brightest object within the constellation, a bright blue giant called Beta Crucis, is 14.5 times heavier than Earth’s sun and just 11 million years old.

That makes it the heaviest of the thousands of stars to have their age determined by asteroseismology.

By comparison, our sun is believed to be around 4.5 billion years old and has a mass of more than 330,000 Earths.

The discovery was made by a team of scientists led by Dr Daniel Cotton, of the Australian National University and Monterey Institute for Research in Astronomy in the US. 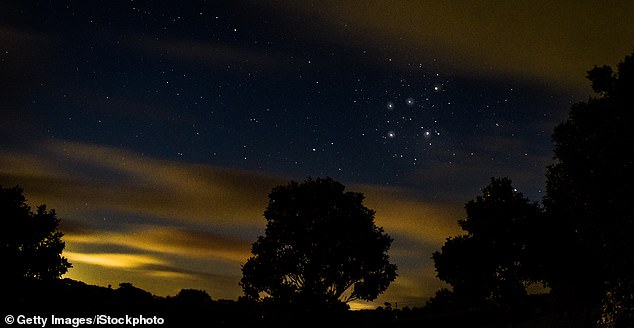 Asteroseismology is the study of how stars pulsate, or oscillate.

It is a relatively new technique that involves measuring the oscillations caused by sound waves trapped inside the star, which allows scientists to assemble information about the star’s size and internal structure.

It also enables astronomers to come up with accurate estimations of the star’s age.

At just 11 million years old and with a mass 14.5 times heavier than Earth’s sun, Beta Crucis is the heaviest of the thousands of stars to have their age determined by asteroseismology.

Researchers worked out the age and mass of Beta Crucis, which is also known as Mimosa, by combining asteroseismology and polarimetry.

The former is the study of a star’s regular movements and relies on seismic waves bouncing around inside it and producing measurable changes in its light.

Polarimetry, on the other hand, measures the orientation of light waves.

However, probing the interiors of heavy stars that will later explode as supernovae has traditionally been difficult.

‘I wanted to investigate an old idea,’ Cotton said.

‘It was predicted in 1979 that polarimetry had the potential to measure the interiors of massive stars, but it’s not been possible until now.’

Study co-author Professor Jeremy Bailey, from the University of New South Wales (UNSW), said: ‘The size of the effect is quite small.

‘We needed the world’s best precision of the polarimeter we designed and built at UNSW for the project to succeed.’

The Southern Cross is an important symbol of nationhood for many countries, featuring on the flags of Australia, New Zealand, Australia, Samoa, Brazil and Papua New Guinea.

The study of Beta Crucis, which is 280 light-years from the Earth, combines three different types of measurements of its light. 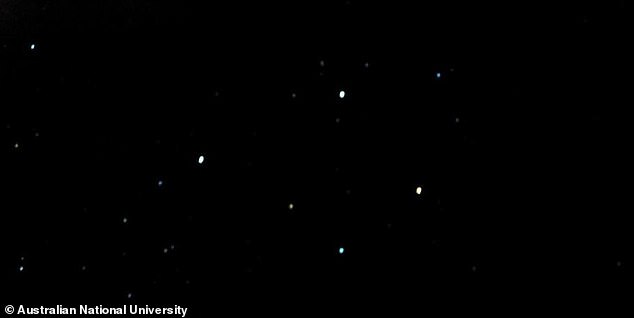 The Southern Cross (pictured) is an important symbol of nationhood for many countries, featuring on the flags of Australia, New Zealand, Australia, Samoa and Papua New Guinea

They also used 13 years of ground-based high-resolution spectroscopy, which is the study of the absorption and emission of light and other radiation by matter, from the European Southern Observatory.

‘It was a lucky circumstance that we could use the world’s most precise astronomical polarimeter to make so many observations of Mimosa at the Anglo-Australian Telescope while TESS was also observing the star,’ said fellow study author Professor Derek Buzasi, from Florida Gulf Coast University.

‘Analysing the three types of long-term data together allowed us to identify Mimosa’s dominant mode geometries.

‘This opened the road to weighing and age-dating the star using seismic methods.’

‘While these stars are the most productive chemical factories of our galaxy, they are so far the least analysed asteroseismically, given the degree of difficulty of such studies.’

The researchers hope their findings will provide new insight into how stars live and die, and how they impact the galaxy’s chemical evolution.

The study has been published in the journal Nature Astronomy.

A newly discovered star is thought to be one of the oldest in the Milky Way.

Scientists at the Instituto de Astrofísica de Canarias (IAC) in Spain believe that it might have formed about 300 million years after the ‘Big Bang’.

IAC researcher Jonay González Hernández said: ‘Theory predicts that these stars could form just after, and using material from, the first supernovae, whose progenitors were the first massive stars in the Galaxy.’

Researchers hope the star, known as J0815+4729, which is in line with the Lynx constellation, will help them learn more about the Big Bang, the popular theory about the galaxy’s evolution.

IAC director Rafael Rebolo said: ‘Detecting lithium gives us crucial information related to Big Bang nucleosynthesis. We are working on a spectrograph of high resolution and wide spectral range in order to be able to measure (among other things) the detailed chemical composition of stars with unique properties such as J0815+4729.’