NEWSCABAL > health > A cardiac arrest showed me what dying feels like. How should I live in Life 2.0? | Jonathan Watts
health

A cardiac arrest showed me what dying feels like. How should I live in Life 2.0? | Jonathan Watts


It was exactly like a scene from Casualty. An ambulance, siren wailing, lights flashing, pulls up in the A&E bay of a hospital. Paramedics swiftly open the doors and wheel out an ashen-faced, barely conscious middle-aged man. Doctors and nurses shift him – “On lift. Ready, steady, lift!” – on to a bed, then immediately plug the patient into medical support: cannulas in the veins, oxygen tubes in the nostrils and ECG patches on the torso, arms and legs.

The monitors show a pulse of 250 beats per minute and blood pressure of 40 over 20 – a near terminal case of ventricular tachycardia. The upper and lower chambers of his heart are out of whack, pushing his pulse up and driving blood pressure down.

The doctors are in agreement. There is no time to wait. They stick electrode pads on the chest, press defibrillator paddles on top and order everyone “Clear!” before pressing the button. A 200-joule charge jolts through the body in a thousandth of a second. Then, much to the astonishment of the doctors, the patient sits up and yells, “That was the most painful thing I have ever felt in my life,” before collapsing unconscious and pulseless. That patient was me.

I had realised I was dying about half an hour earlier. My heart had gone loco during a kick around on Tooting Common, south London. I suddenly felt tired and asked to go in goal for a rest. Then I keeled over. I remember being confused at finding myself lying on the grass and too weak to move. I could feel my body shutting down as if someone was walking through the corridors and flicking off the switches – first the right foot, then the left, then the lower right leg, then the lower left, then the thighs. Everything was going cold – just like one of those fatally wounded characters in an old war film.

“I’m dying,” I thought. “This is what dying is like.” I felt curious, a sense of wonder. To my surprise, the realisation was not at all frightening. It was almost gentle. That may have been because I lacked the energy to panic or perhaps my brain instinctively knew the best thing to do was stay calm. I thought very deliberately of my family and friends and how lucky I was to have so much love in my life. “I want you to tell my girlfriend, my daughters, my sister and my mother that I love them and I am not afraid,” I insisted to a teammate, as they tried to keep my attention until the ambulance arrived. I silently gave thanks for a wonderful life and smiled at the sunset clouds and the leaves on the tree above me. I hadn’t yet had a drop of morphine, but Tooting Common seemed incredibly beautiful. I wasn’t eager to die, but I was ready. “Worse ways to go than playing football,” I thought.

My cardiologist told me later I had been “as good as dead” for several minutes. It took two more electric shocks and skilled, rigorous CPR to bring me back to life. I recall none of that, no pain, no fuss and certainly no visions of white tunnels or looking down from the ceiling. There wasn’t even darkness or time. There was nothing. And then … then there was something as I came to, hospital lights, concerned faces staring down at me, and voices, questions: “How do you feel? What is your name? What is your date of birth? What happened to you? Do you know how lucky you are to be alive?”

I didn’t. Not fully. Not then. I was too tired and my body too pumped full of morphine. My feelings were a mix of gratitude to the doctors, worry that my family would be upset, a little fear in case there would be more pain, and fascination about what I had been through.

That night I was surrounded by pinging machines in the heart failure ward, feeling a little groggy but amazed to be alive. The only visible evidence that I had almost dropped dead were a couple of purple bruises left, I presume, by the defibrillator, and an awful lot of tubes and wires on my body. The nurse warned me I could have suffered some brain damage so I tested my mental acuity by counting upwards in prime numbers and seeing how many times I could double the number two before the digits became too long to grapple with. I ploughed back through old memories. All seemed well. This may sound strange. But I felt privileged to have made a journey few get to return from. The journalist in me was intrigued and felt a responsibility to report back (which I finally feel ready to do now).

Within five days, I was back home, having been rested, tested, pumped full of beta blockers and implanted with an ICD, an ingenious device that monitors my restless heart and soothes discord between the upper and lower chambers. It can also give me a shock if I need another one. The quality of care was superb and all the more remarkable for being provided in the midst of a pandemic. I even got to request the music the surgeons played over the speakers in the operating theatre as they cut me open under local anaesthetic to insert the ICD. David Bowie is even better on morphine.

I later did some research. The doctor was right: I am extremely fortunate. According to the British Heart Foundation, only one in 10 people in the UK survive a cardiac arrest outside a hospital. Worldwide, the odds are closer to one in a 100. My cardiologist told me I would certainly be dead without the defibrillator. Even with it, things can be touch and go. Unlike in TV dramas, the chances of preventing death with a shock are considerably less than 50:50. Even if the heart stoppage occurs in a hospital, studies suggest there is only a 15% chance of leaving alive.

If the medical staff hadn’t physically pumped my heart, I might now be suffering neurological problems caused by an interrupted flow of blood to the brain (a common problem in survivors). In other countries, I could also have been financially ruined. In the United States, cardiac arrest treatment and ICD surgery can cost more than $170,000, and I might have been billed for the full amount if the emergency services had taken me to a hospital outside my insurance network. As it is, under the NHS, I only had to pay my usual monthly national insurance contribution.

So my survival is not just luck. It is thanks to a society that still believes in social medicine and invests in cover for everyone. Unlike private insurance policies, I don’t have to worry that my contributions might be ramped up in the future to cover the outpatient checks and subsidised medicine I will need for the rest of my life. Doctors tell me the prognosis is good so hopefully that may be some time.

Five months on from the cardiac arrest, I am much recovered, walking five miles a day, but still not fully up to speed. I will probably never be at the level I was. My heart muscle is strong, but its electrical system is out of kilter. Until the cardiologists have identified the cause of the misfire, I will have to exercise at a lower intensity and reduce day-to-day stress. I may need more surgery. I also need to rethink who I am and how I live. The ICD under my collar bone means I am now part-man, part-computer – a step close to the singularity. And I take beta blockers every day, which sometimes makes my thinking sluggish. I am more appreciative of biotechnology and pharmacology – and more envious of those who do not need to rely on either.

It has given me a good excuse, too, to think about the big stuff. Where is the boundary between life and death? Did I briefly cross over? How do I make the most of Life 2.0? How do I repay society? I have spent a lot of time reflecting on these questions and reviewing my past. At first, this was a mental exercise, then a way to pass the time. In the hospital ward, we were not allowed visitors because of Covid restrictions so on each of the five days, I revisited a different decade of my past, dwelling at length on close relationships, wondrous journeys and joyful moments. Five months on, I still get great pleasure from doing this.

I am also trying to live more in the present. It’s a cliche, but for weeks after discharge I marvelled at the simplest things – rainfall, sparrows, insects, cups, beans, books, chats with family and friends. I swore I would never again waste precious time on stuff I didn’t completely cherish.

Those vows are already slipping. I am starting to take old pleasures for granted again and lapsing into old routines, checking Donald Trump tweets first thing in the morning, stressing about small stuff like how many articles I have written and what people think, and big stuff like climate breakdown and the collapse of nature. The whole world feels stressed, out of kilter and in need of a shock to reset a healthy rhythm.

I certainly don’t want to go back to the way things were before. I want to make the most of this restart. I haven’t fully worked out how to do that yet, though a perfect beginning was getting married last month (and disproving my wife’s suspicion that my heart was rebelling against our wedding plans. She is still a little miffed at me for saying I was ready to die). I guess I will be working on the question of how to live a good life until I really do peg it. 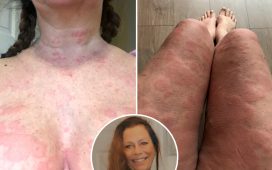 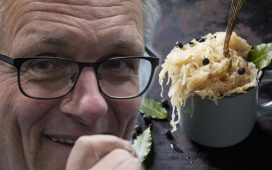 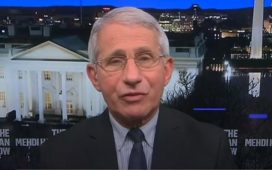 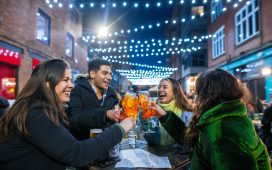