50,000 cancer cases could be undiagnosed as NHS buckled under demand pressure


Macmillan Cancer Support found that 47,000 fewer cases had been detected in the UK since the start of the Covid crisis than would usually be expected. It said the NHS was already buckling under the strain of current demand, and signs of improvement in clearing the backlog over the summer may have stalled. The number of “missing” diagnoses was calculated by comparing the number of cases with the amount that would have been expected if pre-pandemic trends had continued.

It varied depending on cancer type, with confirmed cases of prostate cancer in England down by 23 percent. The drop was 14 percent for detection of multiple myeloma (a type of bone marrow cancer), 13 percent for melanoma skin cancer, 12 percent for lymphoid leukaemia and 12 percent for breast cancer.

Steven McIntosh, executive director of advocacy and communications at Macmillan, said: “Nearly two years into the pandemic, there is still a mountain of almost 50,000 people who are missing a cancer diagnosis.

“Thousands more are already facing delays and disruption as they go through treatment. While hard-working healthcare professionals continue to do all they can to diagnose and treat patients on time, they are fighting an uphill battle. Cancer patients are stuck, waiting in a system that doesn’t have the capacity to treat them fast enough, let alone deal with the backlog of thousands who have yet to come forward.”

The estimated number of “missing” diagnoses peaked at 50,500 during March this year and then dropped slightly before rising again and remaining at the current level since the summer. Macmillan estimated that the NHS in England would need to work at 110 percent capacity for 13 months to catch up with the number of people who should have started treatment since March 2020.

Further analysis suggested more than 24,000 people who were diagnosed with cancer during the crisis waited longer than the target of one month to start treatment after a decision to treat. That figure included a record 2,000 in September alone. The charity said this demonstrated the NHS was struggling to keep up with the current number of patients.

Warning of cancer nurse shortages across the NHS, Macmillan called for action to ensure services have enough staff and resources to cope. Mr McIntosh said: “The Government has promised an NHS Elective Recovery Plan. This must show how it will tackle spiralling pressures on cancer services. It has never been more crucial to boost NHS capacity to treat and support everybody with cancer, so people receive the critical care they need now and in the years to come.”

Staff on the charity’s helpline have also reported an increase in people calling with issues stemming from the and pressure on care teams. Ellen Lang, service manager on the Macmillan Support Line, said: “We’re taking an increasing number of calls from people who need help or advice after experiencing a delay to their diagnosis because of issues related to Covid-19.

“People are often incredibly distressed about how delays are affecting their prognosis or treatment options, with many feeling like their survival chances are being impacted by the enormous pressures on the NHS. We’d encourage anyone who is struggling with delays to their diagnosis or treatment to please get in touch with Macmillan for support or advice on 0808 808 00 00. Macmillan is here to help you.”

Mia Rosenblatt, of Breast Cancer Now, said: “Continued impacts of the pandemic combined with winter pressures facing the NHS make for a perbacklog fect storm and we’re deeply concerned about how this will impact breast cancer diagnoses and treatment in the months ahead. We estimate nearly 12,000 fewer people in the UK started treatment for breast cancer by the end of May 2021 compared with prior to the pandemic.”

The number of urgent referrals for symptoms that could indicate cancer stood at more than 231,000 in September, up from 193,000 during the same month in 2019 and the second highest monthly figure on record. The increase is thought to have been driven by patients who put off visiting their GP during the pandemic and are now coming forward.

An NHS spokesman said: “Throughout the pandemic, cancer has been a priority for the NHS, and diagnosis and treatment numbers have been back at pre-pandemic levels since the spring, with record numbers of people being referred for investigation over the last six months. Staff have gone above and beyond to support and care for patients, with 95 percent of people starting treatment for cancer during the pandemic doing so within 31 days.” 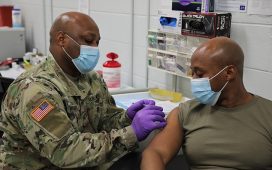 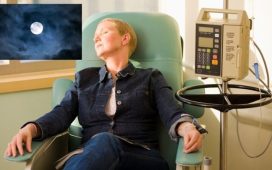 What are the new Covid rules for English care homes and are they safe? 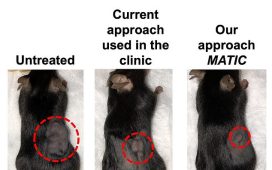 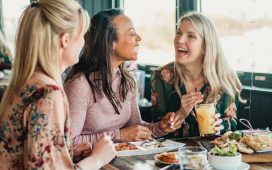 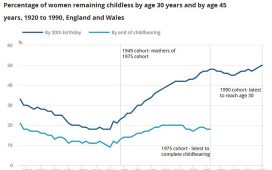