Jorginho slotted home the winning penalty at Wembley to continue his excellent year after Spain twice missed from 12 yards.

Federico Chiesa had given the Italian’s a second-half lead in what was a highly entertaining game and they look set to see it out.

Spain, for all their possession and territory, had rarely forced Gianluigi Donnarumma into a save. Alvaro Morata was the man to answer his nation’s call however after combining with the impressive Dani Olmo.

Luis Enrique’s side continued to show more ambition as the game drew to a close and that theme continued into extra-time.

The Azzurri, on a lengthy unbeaten run, must’ve forgotten what it was like to lose and they weren’t about to start remembering.

The last eight clash between these two at Euro 2008 was decided on penalties, 13 years on and Italy have revenge.

1. Jorginho’s moment in the sun

In the city where he was once seen as the scapegoat for a poor season under Maurizio Sarri, Jorginho enjoyed the spotlight.

The Chelsea midfielder has already claimed continental glory at club level with the Blues.

Now his sights are firmly set on doing the double with Italy.

Jorginho’s ability to control the tempo in midfield has been crucial for the Azzurri throughout the tournament.

His penalty routine is certainly not one you forget and with a hop, skip and a jump he put Italy to within 90 minutes of lifting the Henri Delaunay trophy

Ten days ago he came off the bench to finally break the deadlock in Italy’s last 16 win over Austria in the English capital.

Now, having earned himself a spot as a starter, the 23-year-old again found the Wembley net once more.

Chiesa spent last season on loan at Juventus and was, believe it or not, often outshining Cristiano Ronaldo in Turin, stepping up time and time again for the Bianconeri.

Its a habit he was clearly determined to continue whilst wearing the blue of his country.

His father scored for the Azzurri at Anfield in Euro 96. You get the impression though that Chiesa Jnr may well have the bragging rights there.

3. A clash of styles

One of football’s oldest narratives – the break vs the ball.

Spain determined to keep possession, build slowly and eventually break down the Azzurri. Italy meanwhile, accepting that they will endure periods without the ball, but willing to chance their arm on the break.

That pattern continued throughout the contest and fittingly it was a counter-attack that would draw first blood.

Gianluigi Donnarumma rolling the ball out to set Italy on their way before Chiesa scored the opener goal. Spain’s intricate passing then led to the equaliser and took us to extra-time.

Different methods, yes. But they all lead to the same result. The fact the game needed penalties says it all.

Morata has never been the most prolific striker in the world despite bagging some vital goals during his career.

By no means does he possesses the clinical nature of a David Villa or a Fernando Torres in his prime.

Spain certainly create enough chances for him to score more than his fair share of goals and perhaps that finally caught up with him as Enrique utilised other options at Wembley.

Perhaps it was tactical or maybe Morata’s familiarity with Leonardo Bonucci and Giorgio Chiellini was deemed a weakness.

Either way, a man who plays in attack for a leading nation who dominate the ball will always be under the spotlight when he’s not finding the net.

But when he came off the bench with Spain 1-0 down the stage was set. His give and go with Olmo set him free and he comfortably slotted past Donnarumma.

Morata’s night would end on a low note however as his miss in the shootout proved decisive.

Italy have rewritten the national record books over the past few years.

Mancini took over an unfancied Azzurri side and has turned them into one of the best sides in Europe.

They could yet assume the title of Europe’s elite nation after they secured a place in the final of Euro 2020.

The former Man City boss admitted their historic unbeaten run would count for little if they could not back it up with silverware.

This Italy side broke the record set by the Italian side that won the World Cup in the 1930s, they could now emulate their achievements. 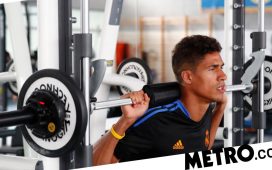 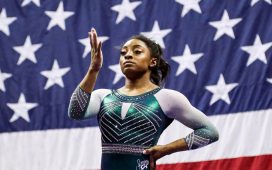