The Premier League’s big guns could be looking to snap up some promising prospects on the cheap after Fulham joined West Brom and Sheffield United in being relegated.

Fulham’s defeat to Burnley on Monday saw Scott Parker’s side confirmed in the bottom three, joining the Baggies and the Blades in dropping into the Championship.

And the relegated clubs could all lose players in the summer transfer window as their top stars look to continue their careers in the top flight.

Ruben Loftus-Cheek is one player who could be back in the Premier League next season, after Chelsea boss Thomas Tuchel indicated he’d like to take a closer look at him despite a disappointing season with Fulham, while Ainsley Maitland-Niles will hope he can carve out a role at Arsenal following his loan with West Brom.

But others could look for new permanent clubs, as Mirror Sport takes a look at some of the potential bargains.

Matheus Pereira put himself in the shop window with his fine performance against Arsenal at the weekend, capped off by a superb solo goal.

He has proved he can have an impact against the Premier League big guns, after a similarly scintillating display against Chelsea back in March when he scored two and set up two in a shock 5-2 win for the Baggies.

Pereira is West Brom’s top scorer and creator this season, with 11 goals and five assists in all competitions, and can also play his part defensively.

The 25-year-old can play on either flank or as an attacking midfielder, and could be an alternative to Martin Odegaard for Arsenal, or even an option for Liverpool as Jurgen Klopp looks to refresh his squad.

Pereira has also been linked with Aston Villa, with Joe Cole believing Sam Allardyce’s side have “no chance” of keeping him despite the fact he is contracted until 2024.

“I’ve watched him three or four times and he’s levels above the players around him on the pitch,” said Cole on BT Sport .

“Any team outside of the top five will be looking at Pereira and thinking, ‘he can come and play for us’.”

West Brom signed Pereira for just £7.5million from Sporting Lisbon last summer, so would make a tidy profit if they let him go for £15m.

Sam Johnstone is another who has impressed for West Brom this season, with the goalkeeper currently leading the charts for the most saves in the Premier League this season.

The 28-year-old has made 150 top-flight stops this term, including memorable ones against Manchester City, Sheffield United and his former club Manchester United.

He is another Baggies player who could be a decent buy for Arsenal, with Bernd Leno’s performances having been called into question at times this season.

And with just a year left on his Baggies contract, Johnstone could be available for a knockdown price, with stats website Transfermarkt valuing him at just £5.4m.

Sander Berge has caught the attention of a few clubs despite an injury-hit season with Sheffield United.

The midfielder has recently returned to action after missed 21 games this season following surgery back in December.

But the 23-year-old’s impressive performances prior to that lay-off have seen him linked with Arsenal, Villa, Everton and Manchester City.

Berge had a £45m release written into his contract when he signed from Genk in January last year – but that has dropped to £35m following the Blades’ relegation, according to Yorkshire Live.

The club may need to recoup funds after spending heavily last summer, and selling would see them make a profit on the £20m they paid for the Noway international.

Joachim Andersen has spent the season on loan at Fulham, but could stay in the top flight following Fulham’s relegation amid interest from Premier League clubs.

The 24-year-old centre-back could be offered a chance to carve out a regular role at his parent club Lyon – although he has also been linked with Tottenham and Manchester United.

Lyon’s sporting director Juninho said the French club would be happy to have him back – although he admitted Anderson may want to remain in England.

“I think he will want to extend his adventure in the Premier League,” Juninho said earlier this year.

“He has played well at Fulham, and if he wants to come back, we will welcome him with open arms.”

Tottenham planned to hold talks with the Denmark international’s representatives earlier this year, according to The Express.

Spurs could be light on centre-back options ahead of next summer, with Davinson Sanchez, Eric Dier and Toby Alderweireld all facing uncertain futures, while Joe Rodon has yet to be given the opportunity to hold down a place.

And Anderson has also previously been linked with interest from United as Ole Gunnar Solskjaer looks to find a long-term partner for skipper Harry Maguire.

The 24-year-old could be available for less than £20m this summer despite having three years left on his Lyon contract.

Another centre-back who could be on many clubs’ radars is Tosin Adarabioyo, the former Manchester City prospect who joined Fulham last summer.

The 23-year-old has been a regular centre-back partner for Andersen, and while he has two years left on his Craven Cottage contract, he may fancy his chances of staying in the Premier League.

While the 6ft 4ins defender has made mistakes this season, he has been schooled in Guardiola’s ideology of playing out from the back, and is decent in the air having won 78 aerial duels this season.

City boss Pep Guardiola previously said of Adarabioyo: “He is fast, he is faster than the people can believe it. He’s strong in the air. He has the quality to look behind the line for the next step, the next pass, but he has a lot of things to improve.”

Adarabioyo could be available for around £10m – which would see Fulham make a huge profit on the £1.5m they paid City for him. 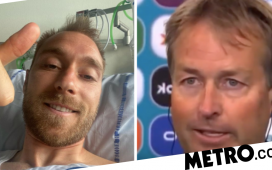 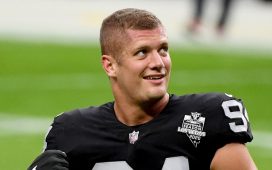 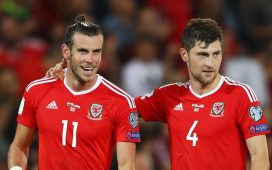 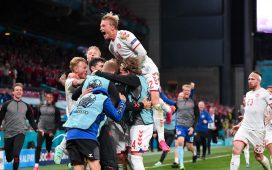