While it is the desire for some Nigerians to seek greener pastures overseas with others already there not wanting to return, there seems to be a rising number of young persons against this narrative.

PAY ATTENTION: Legit.ng is on a mission to support vulnerable children of Calabar – join the initiative on Patreon, let’s change more lives together!

In fact, some of these persons have lived most of their lives in the United Kingdom but have quit their stay there to return home to set up businesses. Legit.ng brings you details of these personalities in this interesting read.

Born in the United Kingdom, Paul had been actively participating in dealings of real estate in countries as Spain and Belgium. The Nigerian man however returned to the country to set up the most beautiful and biggest beach in the country. Jaja Wachuku: 6 facts about Nigeria’s 1st ambassador who protested racism at UN by ‘pretending to sleep’

The chief executive officer of Landmark Beach situated in Lagos told vlogger Tayo Aina in an interview that his decision to return was hinged on his desire to create a business in Africa, for Africans and run by Africans.

Demi Samande is a young lady who currently runs one of the biggest furniture company in Nigeria.

Demi quit her stay in the United Kingdom after 30 years to pursue her furniture business.

The Nigerian-born lady, in an interview with Vlogger Wode Maya, stated that her return to the country was to prove that Africa can indeed create good products within her own market using locally sourced raw materials.

Ashley is a very passionate Nigerian who returned from the UK to go into full-time farming.

The lady, in an interview with Vlogger Tayo Aina, said she quit the UK due to her love for farming and the need to have a sense of belonging which was lacking overseas. She is a big-time farmer and distributor of strawberry and other food crops across the country.

Olusola Ayoola is the brain behind a special drone that can identify criminals in any forest.

The UK scholar is a Nigerian doing well as a robotics engineer. He founded the Robotics and Artificial Intelligence Nigeria (RAIN) and plans on training young Nigerians on robotics and artificial intelligence.

He told Tribune Online that there is a bright future for the country in robotics and AI and he is actively part of that growing concern.

Meanwhile, Legit.ng previously reported that a Nigerian man in Germany had told his countrymen to stay put in the country as life abroad is hard.

The man who gave his name only as Mr Forlan told Legit.ng in an exclusive interview that life abroad seemed to be only designed for the benefit of indigenes and nationals of the country, not migrants. Agitations: It is too late for Nigeria to break up, says Ambassador Kwande

Forlan who has lived in Germany for some years said that European life is in sharp contrast to what is depicted on TV and the media and that it takes hard labour for one to succeed there. 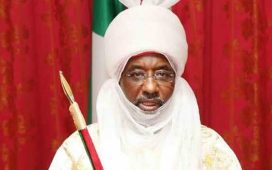 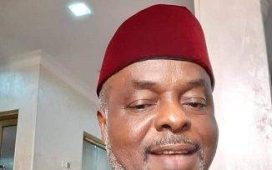 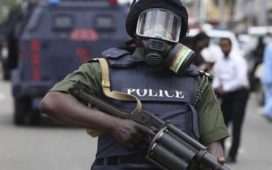