£4.25 kids' food vouchers to be extended as Tories cave in to mum’s legal fight


Tory ministers have agreed to extend £4.25-a-week food vouchers for poor children after caving in to a legal fight.

Healthy Start vouchers will be made available to parents who have “no recourse to public funds” due to their immigration status.

It comes after the mum of a one-year-old girl, ‘Child A’, was banned from claiming the vouchers which help poor parents pay for fruit and veg, milk and baby formula.

Lawyers for the woman said she had a lawful right to reside in the UK and her baby was a British citizen.

But she had been prohibited in UK law from claiming benefits – blocking her from claiming Healthy Start vouchers for her daughter.

Her solicitors argued the policy was discriminatory against people from ethnic minorities, and were preparing to fight a judicial review in the High Court.

But the Department of Health and Social Care has now agreed to end the case by expanding the vouchers to those barred from benefits due to their immigration status, following a consultation.

Lawyers say the department has also agreed it will consult on the eligibility of the scheme later this year and whether to expand it more widely.

A scheme will be opened to allow families in the same situation to access the support as soon as possible, the lawyers say.

Solicitor Olivia Halse said: “This is a great outcome for some of the most disadvantaged children in our society who should have never been excluded from accessing this essential support in the first place.

“We hope this extension will go some way toward tackling health inequalities and child food poverty in the UK and help provide these children with a healthy start in life.

“Now more than ever, the most deprived families need the additional help that the Healthy Start scheme was intended to provide.

“Whilst this victory is a step in the right direction, the no recourse to public funds (NRPF) restriction continues to exclude thousands of disadvantaged children and families from migrant backgrounds from a whole host of vital services.

“We hope that the government will seriously consider the NRPF condition and the devastating impact it has on vulnerable children and families many of whom are from Black and Ethnic Minority backgrounds.”

The Department for Health and Social Care did not respond to a request for comment.

Launched in 2006 as a “nutritional safety net”, the vouchers go to parents of under-fours on certain benefits.

Most eligible parents get one voucher per week, except children under one who get two vouchers per week.

Their value recently rose to £4.25 per week after remaining at £3.10 for more than a decade. 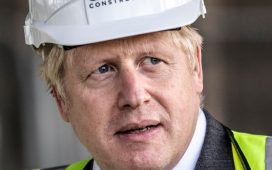