Chairman, Caretaker and Extraordinary Convention Committee of the ruling All Progressives Congress, (APC) who is also the governor of Yobe State, Mai Mala Buni, on Sunday, Commissioned a road network at the GRA Area of Gombe metropolis as part of events to mark the 2nd year anniversary in the office of the State Governor, Muhammadu Inuwa Yahaya.

The road which was named in honour of the Yobe State Governor spans through the GRA connecting Nayi Nawa, Wuro shi’a and linking up with the southern section of the Gombe bye-pass in Akko Local Government Area of the state.

The Yobe State Governor who was elated by the honour done to him by his Gombe State counterpart explained that Muhammadu Inuwa Yahaya is changing the developmental narrative of the state through purpose- driven leadership.

Muhammadu Inuwa Yahaya had earlier informed his guests that the connectivity between the newly constructed road and the one put in place by the former governor of the State, Senator Danjuma Goje showed the consolidation for the benefit of the people to keep enjoying the dividends of democracy.

He said that in an attempt to bridge the infrastructural gap in the state, his administration has ambitiously embarked on the “Network Eleven-Hundred” project which seeks to build at least one hundred kilometres of road in each of the 11 local Government areas of the state thereby providing arteries of road interconnectivity between the rural and urban centres and the improvement of the lives of the people of the state.

The governor said that, “This road project that you are about to commission is part of phase six of Gombe township roads. We hope that by the time we complete this tenure we would have gone far on fulfilling our pledge on the Network Eleven-Hundred despite the fact that we are faced with the paucity of funds, the challenge of the COVID-19 pandemic and the collapse of the economy of not only the Federal Republic of Nigeria but countries across the globe.”

Inuwa Yahaya also said that when his administration muted the idea of constructing the road, some people complained that the project will attract unnecessary traffic in the GRA area but that since his government is of the people by the people and for the people, it went ahead with the project.

His reason was that “the essence of constructing this road is to make no difference between the high and the low, we need to connect, we need to deliver and unless and until we carry the people along it will mean there will be a crisis that will engulf all of us because if we don’t provide services to the people and we select a few who enjoy, it will mean that at the end of the day it will lead it to a crisis of identity leading to anarchy.”

He further said that his personal and administration’s philosophy is that there is no high and the low in the society, adding that through the construction of the road the GRA has eventually linked up with the bye-pass and by extension the entire state.

“So far as I mentioned in my speech yesterday we have covered about 350 kilometres and by the time we actualize with the rural access mobility and commercial viability project RAMP of the Federal Ministry of Finance and Agriculture we would have covered the network eleven hundred,” he stressed.

The Commissioner of Works and Transportation, Engineer Abubakar Bappah, said that pursuant to the passion of Inuwa Yahaya for the development of the state, the governor directed for the immediate commencement of the construction of rural and township roads to link up the state for social and commercial activities.

Inuwa Yahaya informed his Yobe State counterpart that the idea of bringing him to the erosion control site was for him to appreciate the nature of the environment in which the people of the state live.

He said that “Over the years, the people of Gombe have been suffering from gully erosion. This one you see is just one of them, as at today we have identified 200 hundred active gullies in Gombe State.”

He also said that Gombe State Government had to key into the World Bank assisted project through NEWMAP by paying its counterpart Fund of over 509 million Naira in order to get the GSU-Malam Inna-kagarawul multi-billion naira erosion control project done.

The governor noted that the NEWMAP project is gradually coming to an end but however sought the support of the APC national caretaker chairman for Gombe State to get into the fray of benefiting states in the next dispensation of the world Bank intervention project.

The governor of Yobe State, Mai Mala Buni said that the Gombe State Governor has done exceptionally well in changing the face of development in Gombe State saying, “I don’t know how you were able to achieve this within two years of your stewardship. I really commend you and as a party, we are proud of your achievements.”

Mai Mala Buni added that “We are proud of you not because of the measure you have taken to protect Gombe from this calamity but the numerous projects that you put in place that I have seen when I arrived yesterday and the enthusiasm and the happiness of the people I saw on the streets when we were driving through, that has further demonstrated how happy they are with you and that goes to show clearly that you are delivering on your promises during the electioneering campaign and I must also thank you for keeping to the manifesto of our party.”

He equally commended Inuwa Yahaya for maintaining the peace in the state despite security challenges in contiguous states with the North East.

The Commissioner of Environment, Dr Hussaina Goje, the Vice-Chancellor of the Gombe State University, Professor Usman El- Nafaty as well as the Project Manager of Triacta Nigeria Limited, Engineer Imram Amin Khan had earlier in their separate remarks briefed the creme de la creme on the project and its composition.

YOU SHOULD NOT MISS THESE HEADLINES FROM NIGERIAN TRIBUNE

We Have Not Had Water Supply In Months ― Abeokuta Residents

In spite of the huge investment in the water sector by the government and international organisations, water scarcity has grown to become a perennial nightmare for residents of Abeokuta, the Ogun State capital. This report x-rays the lives and experiences of residents in getting clean, potable and affordable water amidst the surge of COVID-19 cases in the state… 2nd Year Anniversary: Gombe commissions road named in honour of Mai Mala Buni 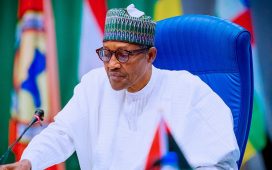 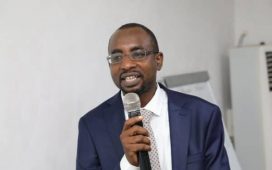