NEWSCABAL > lifestyle > 2020: The year that changed fashion – and not just the look
lifestyle

2020: The year that changed fashion – and not just the look


Store closures, grounded flights, shuttered factories, employment insecurity. The first half of 2020 was, as Jean-Jacques Guiony of the world’s largest luxury brands conglomerate LVMH, said, “a perfectly negative alignment of planets” for the fashion industry. The cancellation of events, weddings and parties in every market created an economic, logistical and cultural worst-case scenario for fashion.

Even a strong bounce back in China in the second half of the year has not come close to helping the balance sheet. A recent report by the Business of Fashion website and the management consultancy firm McKinsey & Company marks 2020 as the worst year on record for the fashion industry, forecasting a 90% decline in profits and a 15-30% fall in sales, compared with 2019.

“Corona hits someone a lot worse if they have a precondition,” said Diane von Furstenberg in July, as her label hit hard times. The designer was forced to close most of her stores, including her London flagship boutique, a move which resulted in 75% of her global workforce being made redundant.

Von Furstenberg’s particular precondition – that of a heritage brand struggling to connect with a new generation – was just one of a spectrum of issues across the fashion industry that the pandemic exacerbated. With an outmoded calendar yoked to the seasons and the climate of Europe and North America, and logistics modelled around the needs of once-mighty department store buyers, an industry already creaking as buying power shifted towards Asia and digital retail found its outdated business model starkly exposed by the pressures of 2020.

During the second quarter of 2020 while non-essential shops were closed for many weeks, the proportion of clothes bought online in the UK rose from 30% to 77%. This proved to be a rapid acceleration of a pre-existing trend towards digital. One survey by the market research firm Savanta in July found that only 12% of UK consumers intended to return to their pre-pandemic fashion choices, with most choosing to make more online purchases. Alongside the shift from bricks and mortar to digital came a change in what desirable clothes looked like, in a newly locked-down lifestyle. Sales of formalwear, tailoring and partywear fell; there was an uptick in demand for loungewear, home exercise wear and outdoor clothing. In the second quarter, sales of formal shoes decreased 77% for men’s and 64% for women’s fashion buys, while slippers rose by 53% and 28% respectively.

The impact on the fashion industry’s mostly female workforce has been catastrophic. Garment workers in Bangladesh, Vietnam and India have taken the brunt of the hit globally. At a domestic level, shop floor staff have been the worst affected, with the industry journal Drapers reporting more than 23,000 UK redundancies this year. More job losses are expected as the fallout from the failure of Arcadia Group hits home.

The British fashion industry is also vulnerable at its highest level. The catwalk designers of London fashion week are for the most part independent small labels, in contrast to the small French and Italian brands, many of whom are protected under the umbrella of deep-pocketed luxury conglomerates. The collapse of the department store chain Debenhams is a financial blow for the many designers who benefitted from long-running high street collaborations under the Designers at Debenhams umbrella, which since 1993 has been a source of income and launch pad for names including Preen, Savannah Miller and Jonathan Saunders.

But the brake on production enforced during lockdown, and the opportunity to reset consumer psychology after this year’s altered lifestyles, have been welcomed by many as progress towards a more sustainable version of fashion. Consumer engagement with sustainability has been deepened by the pandemic, as habitualconsumers of fast fashion were forced to change their habits. Designers as diverse as Giorgio Armani and Dries Van Noten declared their intent to reduced the number of collections produced and shown each year in order to minimise waste. Chloe’s appointment to the designer chair of Gabriela Hearst – who has described her studio’s use of deadstock as “like cooking with leftovers” and in 2018 staged the first ever carbon-neutral catwalk show – will put sustainability centre stage at Paris fashion week, where the schedule also showcases Stella McCartney.

China is already experiencing a strong economic recovery, aided by luxury shoppers prevented from travelling to popular European shopping destinations spending at home instead. In August, spending on fashion in China was up 0.5% on the same month last year. The Chinese head-start on post-pandemic luxury has once again accelerated a shift towards Asia in focus for luxury brands. The consultancy firm Bain & Co predicts that China, the only region to report year-on-year growth in 2020, will become the largest luxury market in the world by 2025, accounting for half of all spending.

The shift in fashion’s centre of gravity is already being reflected in a new look to the fashion show schedule, which for decades has revolved around New York, London, Milan and Paris. Louis Vuitton’s menswear collection for spring 2021, absent from the Paris schedule in June, was showcased instead in Shanghai in August and in Tokyo in September. The Shanghai show attracted 100m online viewers worldwide, a success that led Louis Vuitton’s chairman and chief executive, Michael Burke, to say: “If the audience could not come to Paris, then we take the collection to the audience, and I think that’s going to remain.” 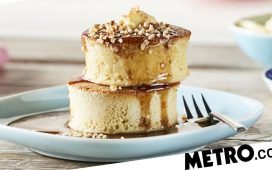 I’ve lost my conversational mojo – can I relearn the art of small talk? 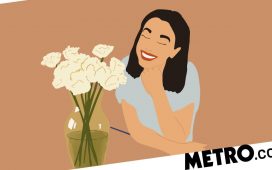 Is constantly striving for happiness making us miserable? 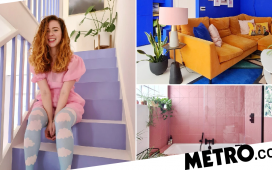 What I Own: Nikki, whose £482,000 house in Streatham Hill is used as a set for music videos and TV 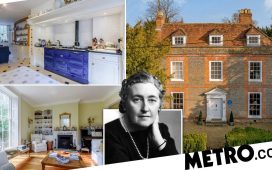 Former home of Agatha Christie on sale for £2.75million