The Legacy of the Land Rover Defender

For those of you unfamiliar, the old Defender was Britain’s tough-as-nails answer to the Jeep CJ/Wrangler and Toyota’s legendary Land Cruiser. Sold in the U.S. from 1993 to 1997 and in the rest of the world from 1990 (although it was really just a new name for the 1983-vintage Land Rover 90 and 110) to 2016, the old the Defender was a direct descendant of the original Series I Land Rover, a crude and simple machine that was about as good off-road as any vehicle without tank treads. People have elevated the old Defender to the status of mythic hero, and yet they seem to have forgotten something very important: It was, and still is, an utter misery to drive.

One of my favorite bits of automotive writing is by Steve Spence, former managing editor of our sister pub MotorTrend (and, at the time, working for that other car magazine), who called the 1994 Land Rover Defender, and I quote, a fast tractor for people in the hostage business. “As an option, they should offer a gorilla to help you drive it,” he wrote. “If Steven Segal is so tough, let’s see him drive one.” That resonated with me, as I read that right after my own first experience in a Defender, a 1994 U.K.-spec D90 diesel that left me deaf (engine noise), numb (ride), and limping (clutch return spring).

2021 Land Rover Defender: Getting Away From History…Fast

I am of the opinion that the new Defender is as un-Defender-like as it is possible to be, and better for it. Before we turned a single tire off-road, Land Rover turned us loose on the streets of Palm Springs, and suggested a ride up California 74 and 243—fast, squiggly, switchback-filled roads that effectively run up one side of a mountain and down another, and the least likely place to test-drive a 5,000-plus-lb SUV outside of a shopping mall.

And you know what? It was good—not just good-for-a-big-SUV, but, like, good. I drove the Defender like a sports car and it responded in kind. Body lean wasn’t too bad considering the mass, power was excellent with a nice deep engine note, and the grip was good, the Goodyear Wrangler all-terrain tires singing out long before letting go. It wasn’t entirely unlike my last drive in a Mercedes-AMG GLS63, minus the blaring exhaust and fighter-jet power.

Of course, I can kind of see why Land Rover would send us up those curvy roads: The corner carving distracted from some of the new Defender’s less-commendable behaviors. One such was the pause-and-surge nature of the power delivery from the P400 turbocharged inline six, which, by the way, has a mild hybrid system and an electric supercharger that are supposed to eliminate precisely the things I’m complaining about. Another was the braking, which reminded me of that epic Richard Armour poem: “Shake and shake the ketchup bottle, none will come and then a lot’ll.” The pedal does nothing in its first inch of travel, and everything in the next inch of travel. The adaptive cruise control struggled to keep a steady speed, and the lane-centering system seemed rather unconcerned about actually keeping the Defender centered in its lane.

But otherwise, the new Defender was unfailingly pleasant to drive—comfortable, dignified, powerful. It also had a great stereo. The ’94 I drove had a stereo, but you (literally) could not hear it over the engine and wind noise.

What’s Up With Those Secondary Controls, Land Rover?

Ergonomically, the old Defender was a hot mess. Back in ’94, Spence wrote, “Gearshift seems positioned for use by the guy in the car next to you.” For the new Defender, the same can be said of the stereo volume knob, which has been banished to the far side of the center stack. Perhaps it didn’t want to be associated with the jumble of controls bunched in the middle, and who can blame it? I read a lot of criticisms of the Jaguar I-Pace, which used the same knobs for temperature and fan speed. (Jaguar and Land Rover are corporate siblings.) The Defender goes even further, using the same two knobs for temperature and fan speed and seat heating/cooling and (inexplicably) the terrain response system. Off-road and climate controls intermingle freely, and yet if you want to do anything with the sound system—we’re talking exotic tasks like changing the radio station—you’ll need to do that through the infotainment interface, which is improved over previous Land Rovers but still not great.

READ  VUHL 05RR revealed, and it’s got even more power

And while I’m complaining about screens—hey, Land Rover, what’s up with that laggy instrument panel? The Defender has an LCD screen that displays analog gauges, and the movement of the video “needles” stutters and jerks, as if the electronics that run it were carried over from the last Defender.

The rest of the interior is great, though. I love the combination of storage and grab-handles on the dash. The center console has plenty of room for all kinds of things, and my tester had an optional cooler box that chilled both my water bottles and my overheated iPhone. The back seat is upright, comfortable and roomy and the cargo area is boxy and useful. I can see nothing in common with the old Defender, except for the tailgate, which is hinged on the wrong side—well, the right-hand side, which means it blocks the way for curb-side loading in left-hand-drive countries).

I’m sure more than a few of you are shaking your heads and saying, “Gold, you just don’t get it! A Defender is a Defender because of how it performs off-road.”

Perhaps you have a point—the old Defender is best known for its off-road talents, and the new one is equally impressive. Land Rover’s team of instructors led our group into the desert south of Palm Springs for a magnificent day of off-roading. We crawled down into river washes, raced through them, then climbed back out again, and we bashed through sand dunes like a bunch of Top Gear wannabees. No one bent any sheetmetal and no one got stuck. Well, I almost got stuck—I didn’t carry enough speed while trying to crest a dune—but some coaching and creative use of the Discovery’s Terrain Response System had me freed for a second (successful) attempt in just a couple of minutes.

Bear in mind, this was in the exact same Defender, with the exact same tires, in which I’d been rocketing through the asphalt curves just the day before.

So doesn’t this qualify the new Defender for Defender-dom? I say no, because while the old Defender relied on mechanical grit, the new one does what it does with electronic wizardry. Oh, the hardware is there, all right. All Defenders are air-sprung and able to raise their ground clearance to 11.5 inches at a single bound. The Defender’s design moves the wheels to the outer corners to maximize approach, departure and break-over angles, and a full-time four-wheel-drive system is standard. But the electronic coordination of the driveline transforms the off-roading experience.

“You Push the Button, We Do the Rest”

Off-roading an original Land Rover required skillful manipulation of a series of levers, knobs and pull-rings. The previous-gen Defender simplified this somewhat, but it can’t compare to the new Defender, where the driver needs to do … nothing. You can push the low range button if you need to, and select a mode on the Terrain Response System, but I left it in Auto most of the time and it always seemed to know how to keep the Defender rolling forward, and even let me get away with a little Dukes of Hazzard action as we sped through the riverbed. (Treading lightly, of course.) For the steepest climb of the day, the obligatory get-her-up-on-three-wheels-obstacle, all I had to do was hit the Rock Crawl button, watch my spotter, and give it a little throttle. My Landie for the day was a mid-range SE model with an optional electronic active differential (part of a $1,345 Off Road Pack), and it ensured that only the wheels on the ground got power.

For a guy who writes more about cars than trucks, I’ve done a fair bit of off-roading, and the Defender makes it as easy as can be. My only complaints are the same ones I had on-road: The nothing-then-everything response of the brake pedal and the tendency of engine power to come on strongly and suddenly. Light-throttle acceleration was fine, but the automatic transmission held the gears too long—often well past 3,000 rpm—and when it did finally upshift, the Defender would surge ahead. One 1-2 upshift nearly launched me into the Defender ahead of me. Land Rover’s off-road tuning is about the best in the industry, and how they missed this is a mystery to me.

Build quality will be interesting to watch, as the Defender is assembled in Land Rover’s new factory in Slovakia. Normally we’d be hesitant about cars built in former Soviet Bloc countries, but considering our experience with our Four Seasons 2017 Land Rover Discovery Td6, which was built in Solihill, U.K., we’re pretty sure that moving assembly out of Britain is unlikely to be a change for the worse.

2021 Land Rover Defender: Like a Defender, but Much, Much Better

So, in conclusion, no, I don’t think the new Defender ought to carry the name of its predecessor. The old Land Rover Defender was a dedicated off-road machine with all the complexity of a pickaxe. It would take you anywhere off-road and torture you everywhere on-road. The new Defender is quiet and comfortable, good-looking and family-friendly, and as adept at driving the Baja 500 as it is at driving to Baja Fresh. It’s a truly remarkable vehicle, and naming it after that miserable old Defender is almost an insult. 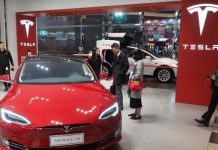 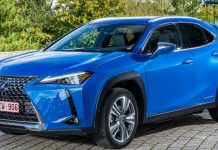