Twenty years ago, the science journal Nature published the first draft of the human genome: the sequence of chemical “letters” on the gene-bearing DNA of our chromosomes. The Human Genome Project (HGP) had laboured for a decade to read this coded information. In a White House press conference in 2000, Francis Collins, , who led the project as director of the US National Human Genome Research Institute, waxed biblical, calling the human genome “our own instruction book, previously known only to God”.

The HGP has huge potential benefits for medicine and our understanding of human diversity and origins. But a blizzard of misleading rhetoric surrounded the project, contributing to the widespread and sometimes dangerous misunderstandings about genes that now bedevils the genomic age.

So far, there have been few attempts to set the record straight. Even now, the National Human Genome Research Institute calls the HGP an effort to read “nature’s complete genetic blueprint for building a human being” – the “book of instructions” that “determine our particular traits”. A genome, says the institute, “contains all of the information needed to build and maintain that organism”. But this deterministic “instruction book” image is precisely the fallacy that genomics has overturned, and the information in the genome is demonstrably incomplete. Yet no one associated with genomic research seems bothered about correcting these false claims.

In an area as full of promise and peril as genomics, clear communication is essential. The ability to sequence our full complement of genes has enabled some great strides in medicine, but it hasn’t yet been as transformative as initially promised. Successes in gene therapy remain rare, and medicine tailored to people’s individual genetic constitution has not yet materialised. Meanwhile, a deterministic view of genes has helped arguments about eugenics and “innate” racial characteristics to re-enter public discourse. The first gene-edited babies were born in 2018 through a case of scientific misconduct that landed the Chinese scientist responsible for the work, He Jiankui, in prison. Meanwhile, genome-sequencing companies such as 23andMe seduce us with the shallow promise to analyse the DNA in your saliva to reveal “what makes you, you”.

Gene hype has been with us ever since James Watson apocryphally claimed in his 1968 book The Double Helix that his collaborator Francis Crick told all and sundry in a crowded Cambridge pub that “We have found the secret of life!” shortly after the pair figured out the chemical structure of DNA in 1953. In 1995, sociologists of science Dorothy Nelkin and Susan Lindee argued that DNA had become a scientific surrogate for the soul, a kind of mystical essence imprinted in a molecule. By reading the “language in which God created life”, as President Bill Clinton bombastically said of the HGP in 2000, it seemed that we were on the verge of understanding life at its most fundamental level.

Many geneticists say the story has turned out to be rather more complicated than they anticipated: genes aren’t quite what we thought (in fact, there’s no consensus about what they even are). Yet plenty remain happy to propagate the misleading idea that we are “gene machines” and our DNA is our “blueprint”. It is no wonder that public understanding of genetics is so blighted by notions of genetic determinism – not to mention the now ludicrous (but lucrative) idea that DNA genealogy tells you which percentage of you is “Scots”, “sub-Saharan African” or “Neanderthal”. Such genetic nativism is catnip to the far right. Watson himself, one of the prime advocates of the HGP, has suggested (without credible evidence) that there may be a genetically based average difference in IQ between racial groups.

The HGP deserves a share of the blame for such problems, having promoted and sustained a misleading view of genes. When the project began, an earlier notion that human traits such as hair colour or cognitive abilities each had a dedicated gene no longer looked tenable. All the same, scientists thought genes and traits could be readily matched, like those children’s puzzles in which you trace convoluted links between two sets of items. That misconception explains why most geneticists overestimated the total number of human genes by a factor of several-fold – an error typically presented now with a grinning “Oops!” rather than as a sign of a fundamental error about what genes are and how they work.

It’s now clear that traits such as height, as well as susceptibilities to many common ailments such as type 2 diabetes, cancer and heart problems, have a genetic component that is immensely complicated. Perhaps hundreds of genes might be involved, each with only a tiny influence. Environmental or simply random factors matter too. As a result, it’s often hard to identify effective genetic targets for drugs, and there’s little value in doing so if we don’t know how a particular gene actually influences health conditions.

There have been some successes in genetic medicine. Some drugs used to treat rheumatoid arthritis, one of which is now being studied as a potential Covid treatments, arose from genome studies that identified two possible target genes. But the most common drugs for this condition, such as TNF inhibitors, didn’t rely on genetic data at all. Even for diseases that have a clear genetic component, genes might not be the appropriate level to intervene. “In some instances,” a group of experts in genetic medicine wrote in 2013, “an approach that is anchored in human genetics may slow down a drug discovery programme.”

The real value of the HGP isn’t in answering questions about “what a gene does”, but rather showing how tiny variations in the genomic sequence of each one of us gives rise to the tremendous variations in human attributes. There is, of course, no single “human genome” at all – we each have our own. By analysing the genome sequences of hundreds and thousands of people, it becomes possible to pick out which are the tiny differences that make us different. One message of such studies is that “race” is a social construct not rooted in biology: there is much more genetic variation within conventional racial groupings than between them.

These comparisons of many genomes rely themselves on perhaps the most important bounty of the HGP: the sequencing technology itself. The rapid genome analysis that has made it possible for the Covid-19 Genomics UK Consortium to identify and track new coronavirus variants is just one of the benefits of the ever cheaper, faster sequencing technology developed as a result of the project. By the same token we can hope soon to know more about how our own genetics affects our individual susceptibility to severe Covid.

As well as offering such valuable resources and technologies for healthcare, the HGP paradoxically revealed the limitations of a gene-centred view of life. We don’t come with instructions included after all: you are not programmed into your chromosomes. Life is not a readout of genes – it’s a far more interesting, subtle and contingent process than that. 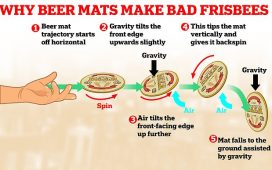 Strawberry moon 2021: how to take a good photograph of the full supermoon on your phone or camera with the right settings 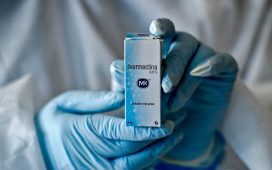 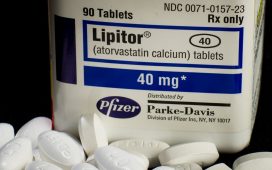 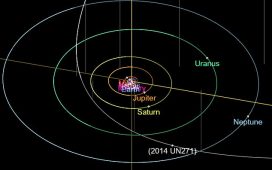