MILLIONS of UK drivers risk hefty fines and invalidating their insurance for getting behind the wheel without a valid MOT.

Motorists could even be hit with a length driving ban if they fail to get a MOT before their previous one expires.

Recent figures obtained by Kwik Fit reveal 11.6million Brits forget to MOT their car, which means it is too dangerous for the road.

Around one in ten drivers admitted to having done this six or more times since becoming a car owner.

Shockingly, drivers aged 18-34 are five times more likely to be one of these serial offenders than drivers aged over 55.

Driving without a valid MOT can be a costly decision, with it carrying a fine up to £1,000.

However if your car receives a dangerous classification, meaning it’s an immediate risk to road safety or the environment, you could be hit with a £2,500 penalty and three penalty points.

Motorists also risk having their insurance invalidated, a lengthy driving ban and their car impounded when driving without a valid MOT.

Simple forgetfulness is the most common reason for allowing a MOT to lapse, according to the study,  followed by not having a note of the expiry date.

But drivers can avoid these hefty penalties by taking note of when their MOT expires.

You can also sign up to get free reminders by text message or email a month before when your MOT is due from the Government.

Halfords also offers a service which tells you how many days are left before your MOT expires.

Roger Griggs, a spokesman for Kwik Fit, said: “It is concerning to see that people are knowingly or unwittingly driving a vehicle which could pose a danger to them or other road users.

“Allowing a vehicle’s MOT to expire is not only potentially dangerous, there is also the chance of a significant financial penalty and in some cases, it could cost someone their licence.

“We understand that people have busy lives and MOT dates can slip off the calendar or a ‘to do’ list. To assist with this we have a reminder service people can sign up to, confirming a vehicle’s MOT due date.

“We would encourage drivers who don’t have a note of their expiry date to check it and get it marked in the calendar with plenty of time, to avoid any issues.

“March is a peak month for MOTs and so drivers should book as far in advance as possible to ensure they don’t end up driving illegally.”

New MOT rules 2019 – what are the test changes, how do I check my MOT history?
READ  VW Group, Fiat Chrysler risk big EU emissions fines in 2021

Behind the scenes at Jaguar Land Rover's Special Vehicle Operations

In Photos: The Insanely Cool Race Cars of Detroit Autorama 2020 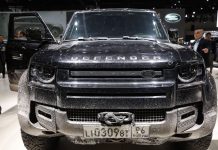