Eleven years ago, David Cameron gave a speech that would come back to haunt him.

The fresh-faced Tory leader said lobbying had “tainted our politics for too long”, and said: “We all know how it works. The lunches, the hospitality, the quiet word in your ear, the ex-ministers and ex-advisers for hire, helping big business find the right way to get its way. In this party, we believe in competition, not cronyism.

“So we must be the party that sorts all this out.”

Fast forward to 2021, and the ex-Prime Minister is facing serious questions of his own about private lobbying he did after he left Downing Street.

Mr Cameron finally broke his silence on Sunday with a 1,700-word statement, defending his behind-the-scenes texts to ministers on behalf of Greensill Capital when Covid struck.

Leaked emails show he bemoaned a “nuts” decision to exclude Greensill from a Covid loan scheme, and said Rishi Sunak needed to “have a good look at this and ask officials to find a way of making it work”.

The Chancellor faces questions too, after releasing texts that show he told Mr Cameron “I have pushed the team to explore an alternative” – and said he should get a response from a senior civil servant at the Treasury.

Officials ultimately refused the appeal and Greensill collapsed in March, putting thousands of jobs in the British steel industry at risk.

Yesterday the government launched an inquiry into Greensill’s dealings with government, including “how business representatives engaged with government” – which covers Mr Cameron.

But questions remain unanswered, and Labour ’s Rachel Reeves claimed the “independent” probe has “all the hallmarks of another cover-up by the Conservatives”.

However, Mr Sunak will not turn up. Instead a Business Department minister is expected to answer Labour’s urgent debate, with sources insisting the matter is not one for the Treasury.

Meanwhile the SNP ’s Stewart Hosie has written to Boris Johnson, saying the “sustained lobbying” of Cabinet ministers by David Cameron “raises serious questions about the access granted to government departments to firms with close links to the Conservative party.”

David Cameron and the government have both made clear some kind of response and action is needed. They believe they’re now giving that response.

The question now is – is it enough? We look at 10 questions either Boris Johnson’s government, or David Cameron himself, still need to answer.

How many ministers did David Cameron message behind the scenes?

Four ministers have been dragged into the Greensill row so far.

Separately, it’s been reported he took financier Lex Greensill for a “private drink” with Matt Hancock about a payment scheme for NHS staff.

But no one has ever said if that’s the sum total or there are more contacts still waiting to be uncovered.

And in his epic statement, David Cameron said he “thought it was right” for him to contact ministers “at a time of crisis for the UK economy”.

“I understand the concern about the ability of former ministers – and especially Prime Ministers – to access government decision makers and the sense, and reality, of ease of access and familiarity,” he added.

What exactly did David Cameron say to his Tory allies?

Despite David Cameron’s feature-length statement, the ex-PM has not disclosed what he actually said to the ministers he lobbied.

The only snippets of his contact come in leaked messages, and those show a startling familiarity – such as the “nuts” e-mail which he sent to a veteran No10 aide.

We know David Cameron texted Rishi Sunak, but we only have Mr Sunak’s replies – which the Chancellor released – and not what Mr Cameron said to him.

How much was he being paid for the pleasure?

In his statement, David Cameron said he was paid “partly” in shares for his work for Greensill Capital.

He’s said these were worth “nowhere near” the potential £60m speculated in the press – and insists “part of my motivation” was to help an early-stage business, not his own personal gain.

But it is clear he did stand to gain financially from his work with Greensill, and he has refused to say how much.

When did David Cameron and Lex Greensill first meet?

One of the revelations about the pair’s links was a business card which showed Lex Greensill worked from No10 in the early 2010s, when David Cameron was Prime Minister.

In his statement, Mr Cameron said: “The false impression has been created that Lex Greensill was a close member of my team, meeting with me on a regular basis.

“The truth is, I had very little to do with Lex Greensill at this stage – as I recall, I met him twice at most in the entirety of my time as Prime Minister.”

What David Cameron hasn’t said is when those two meetings took place, and what kind of relationship they struck up, if any.

Evidently by 2018, any relationship they did have was good enough for Mr Greensill to hire Mr Cameron as a paid advisor to his firm.

How exactly did Lex Greensill get that job in No10?

David Cameron insisted in his statement: “Lex Greensill was brought in to work with the Government by the former Cabinet Secretary, Jeremy Heywood, in 2011. He was not a political appointee, but part of the Civil Service drive to improve government efficiency.

“In bringing him in, Jeremy was acting in good faith to solve a real problem – how to ensure companies in supply chains, particularly SMEs, could access low cost credit.”

Sadly Jeremy Heywood has since died of cancer and cannot answer questions about how the appointment took place.

But how was it that Mr Greensill was brought in to the heart of government, with no big announcement at the time? Did he have a personal link to anyone in the administration?

When did Greensill tap up David Cameron for a private sector job?

David Cameron became a part-time advisor to Greensill Capital, paid for 25 days per year, in August 2018.

This is just weeks after the end of a two-year ban on lobbying the government – standard for all departing ministers – which took effect when he left No10 humming to himself in summer 2016.

Did Lex Greensill tap up Mr Cameron for a job, and the ex-PM waited until the lobbying ban ended to avoid scrutiny? Or is the timing just coincidence?

What exactly did Rishi Sunak “push” his top officials to do?

A text from Rishi Sunak to David Cameron on April 23 said: “Hi David, apologies for the delay.

“I think the proposals in the end did require a change to the market notice but I have pushed the team to explore an alternative with the Bank that might work.

“No guarantees, but the Bank are currently looking at it and Charles should be in touch. Best, Rishi.”

Charles is a senior civil servant, one of the top mandarins in the Treasury. So what, exactly, did the Chancellor “push” his team to do?

Will the investigation get into the detail of David Cameron’s conduct?

Boris Johnson’s official spokesman announced a new investigation yesterday, saying: “The Cabinet Office is commissioning an independent review on behalf of the Prime Minister to establish the development and use of supply chain finance and associated activities in government, and the role Greensill played in those.

“There is significant interest in this matter, so the PM has called for the review to ensure government is completely transparent about such activities and that the public can see for themselves if good value was secured for taxpayers’ money.

“This independent review will also look at how contracts were secured, and how business representatives engaged with government.”

But the PM’s spokesman refused to say explicitly whether and how the review will look at Mr Cameron’s lobbying of Chancellor Rishi Sunak over coronavirus loan schemes.

It’s understood the study of “engagement” will include lobbying by Mr Cameron. But it’s been left vague exactly how far it will delve into the ex-PM’s dealings with government.

Asked if it would look at Mr Cameron’s Covid lobbying specifically, the No10 spokesman replied: “I don’t want to get into individuals.”

Will the investigation be properly independent of government?

The new investigation will be led by Nigel Boardman, a non-executive director at the Business Department, who will step aside temporarily from his role.

While a legal figure, Mr Boardman self-evidently has links to the government, rather than being for example a judge – the type of figure appointed to lead other inquiries.

The lawyer has previously conducted a review of Cabinet Office procurement processes, according to Downing Street.

But Labour say government-linked figures have previously produced reports, like the one into Priti Patel’s alleged bullying, that ended with ministers keeping their jobs.

Will the investigation actually change the rules?

There’s no guarantee that the new investigation will recommend any changes to lobbying rules more widely.

David Cameron is clear that “I was breaking no codes of conduct and no government rules”. Many critics aren’t contesting that very much – the point, they say, is that the rules are too lax.

Ex-PM Gordon Brown has called for former Prime Ministers to face a five-year ban on lobbying.

Even the Public Relations and Communications Association (PRCA) – which represents lobbyists – says the current Lobbying Act is “unfit for purpose”.

The group is today calling for a six-point plan to restore “public confidence” in lobbying, including extending the Act to cover in-house lobbying like that used by David Cameron.

It also says self-written and self-policed codes should be abandoned, and there should be a five-year ban on former ministers lobbying like that suggested by Gordon Brown. 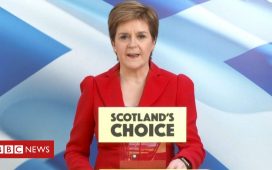 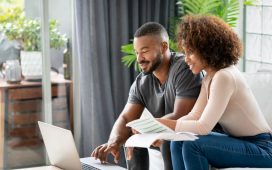 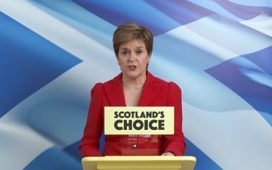 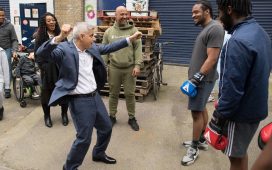 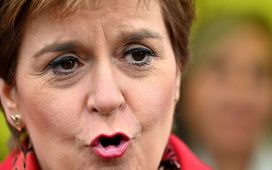