A source from Jacob Rees-Mogg’s European Research Group (ERG) revealed the Conservative Party “will” be contesting the European elections. In an email obtained by the BBC, it refers to the Brexit shambles and news Prime Minister Theresa May has been offered a nine-month Article 50 extension, opening with “Due to the current situation”. The correspondence reads: “Due to the current situation we will be contesting the European Elections on 23rd may 2019 and the closing date for Nominations is 24th April. “Whilst I have been contacted by some members of the Approved Parliamentary List expressing an interest in being considered, I am keen that everyone on the List who may be interested in standing as a European Candidate has an opportunity to apply.”

It goes on to provide details on how to apply.

The Cabinet office later confirmed to HuffPost UK the Government has tonight laid a Day of Poll Order needed for the European Elections.

The office said in a statement: “As a responsible Government today we have taken the necessary steps required by law should we have to participate.”

This comes after Tory Eurosceptic and deputy chair of the ERG Mark Francois said it was “literally incredible” that Mrs May was contemplating European Parliament elections in which Tory candidates would be “slaughtered”.

He added: “We are living in a world gone mad. A Conservative Prime Minister, who voted Remain, egged on by a coterie of neo-federalist civil servants and a powerful Remainiac cabal in the Cabinet, has tried – and failed three times – to pass a draft treaty through the House of Commons which would lock us into a customs union forever.”

He today triggered a one of no confidence in Mrs May as a result of her actions, urging MPs to act, or the UK risks “being forced into a customs union with Labour support, which is completely at variance with the manifesto on which we were elected”.

Meanwhile, Nigel Farage warned the Conservative Party was in “for a big shock” in the upcoming EU elections if the UK is forced to take part in the vote due to a long Brexit delay.

The former Ukip leader issued a stark warning to Theresa May’s party, saying his newly-formed Brexit Party is ready to contest all 73 seats allocated to the UK in the European Parliament should Britain be trapped in the EU for longer than a few weeks.

The Prime Minister warned her talks with Jeremy Corbyn will require “compromises on both sides”, signalling Britain is heading for a soft Brexit. 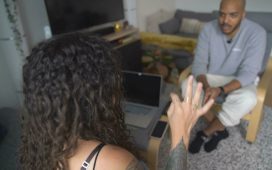